Why this LinkedIn photo was more embarrassing than “tongue in cheek” 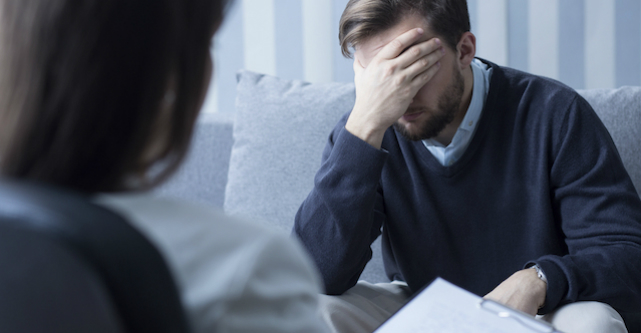 Most of the time this doesn’t matter, but one PR professional ended up looking like a “pretentious arsehole” thanks to a bit of oversight.

Michael Frier is a senior account manager at Spectrum Group PR, an agency that was recently featured in Mumbrella thanks to it getting a rebrand and acquiring some fresh faces.

In the piece, Mumbrella grabbed a number of photos from the agency’s employees’ LinkedIn accounts, including a rather pensive photo of Frier.

In a blog post on the Spectrum Group’s website, Frier claims the photo “ruined my career (probably)”, saying he received a number of text messages from friends who had read the article, all telling him “nice photo”.

“Knowing my friend, the phrase “nice photo” actually meant… “you look a berk”,” Frier wrote in on the blog.

Frier believes the photo, which was tongue in cheek, makes him seem like the “kind of PR wanker that I so despise”.

“Looking exactly like the guy in the meeting who stands up and says something like, “we need a new objective for engagement, we want both growth and profits. I call it ‘Grofits”,” Frier wrote.

“That is the man in this photo, the man who makes the kind of PR agent people mock look down-to-earth.”

“This is not the Mike Frier I want to show the world. This is an imposter.”

The unfortunate photo is made worse thanks to Spectrum Group’s policy of “avoiding brand wank at all costs”.

Frier’s unfortunate LinkedIn photo is one he uploaded without thinking who would see it, and he shares the lesson from this situation: “Make sure the content you put online reflects how you want others to see you”.

“Now the photo is out there, in the wild, I realise that to the viewer who doesn’t know me, this looks like a completely serious pose that I think best shows me off in a professional environment,” Frier wrote.

Although in this situation Frier is able to have a laugh about it all, it serves as a timely reminder for businesses and professionals to ensure what you have online accurately reflects you and your business.