Why this question irked a successful entrepreneur 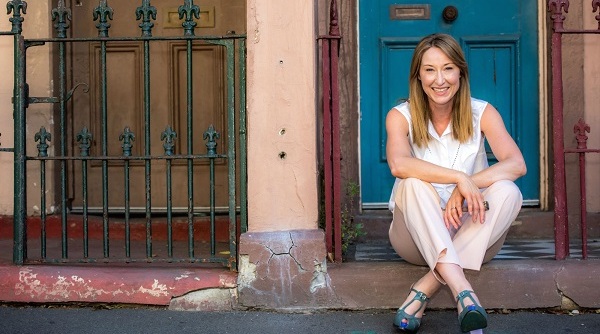 Recently I was asked a question I was incredibly surprised by.

I was attending a workshop with some other highly successful male business owners I’m in a forum with and one of their employees asked me a question that left me speechless (and that doesn’t happen that often).

I wasn’t stunned by the question itself but rather because when I wondered whether she would ask any of the male business owners that were around the table the same question, I knew the answer would be unequivocally no.

The questions she asked was whether I ran a home-based business.

Now if you run a home-based business I applaud you and I’m certainly not deriding that. I know some highly successful business owners who are running businesses from home.

However, I was stunned that this girl knew I was part of the same successful business forum as her boss but presumed that because I was female, I must be running a home based business.

What was even more puzzling to me is that I knew she not only hadn’t asked the same question of the male CEO’s at our table but she wouldn’t dream of asking it.

Plus when I brought up the subject with the my male colleagues a few days later they were all stunned and a tad incensed that the question was asked of me.

What I wondered that day and days later is whether the questions we’re asking each other as females are designed to keep us thinking smaller rather than thinking bigger.

And what questions we could be asking instead?

Better questions could be around what target market we’re reaching, whether we’re doing something different as a result of being female or how we’re embracing technology?

Better questions could be around cashflow and pricing, or how we’re delivering on purpose and profits and perhaps questions relating to outsourcing, capacity and hiring employees.

Better questions could be what it’s like to run a business in an industry where the businesses are primarily owned by men and how we’re differentiating as a result of that.

Questions that are designed to get us talking, thinking and challenging rather than simply asking if we’re home-based.

So the next time you meet a female business owner at a function, a workshop or a networking event, don’t lead with whether they’re a home-based business or not because whether you mean to or not you’re making a judgement call.

Instead, ask curious questions, challenge assumptions and let’s make the dialogue an interesting one.

Melissa Browne is a money and business strategy expert and founder of A&TA and The Money Barre. She is also the author of More Money for Shoes and Fabulous but Broke.