Why this startup pulled the plug on a $150,000 crowdfunding campaign 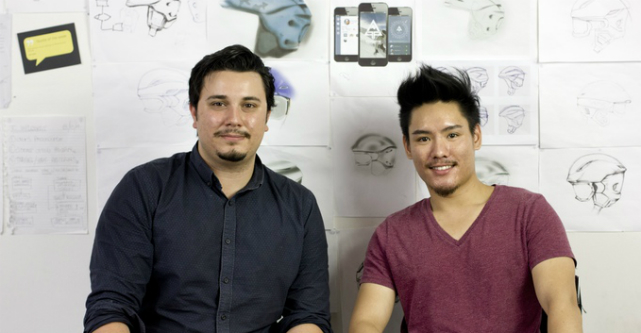 Five days before a Sydney smart helmet startup’s crowdfunding campaign was set to end, with $150,000 already raised, the founder decided to pull the plug.

Forcite founder and CEO Alfred Boyagdis says he was confident the campaign was going to reach its goal, but the team had realised that they would have needed external support to meet their deadlines.

“We ended it because manufacturing the product ourselves would have taken a lot longer than anticipated and we didn’t want to unfairly lead people on,” Boyagdis tells StartupSmart.

“The crowdfunding process was a pretty daunting and stressful experience.”

After raising $1 million from angel investors and government grants, Boyagdis launched the Kickstarter campaign to raise $200,000 to distribute their visionary smart helmet integrating a 4K-action camera with Bluetooth headphones, GPS, tracking sensors and a walkie-talkie.

“It opened up doors for people to know who we are and what we do, it allowed us to start interacting with the people who would buy our product,” Boyagdis says.

But a setback with their electronics manufacturing in Taiwan meant project deadlines would be delayed by six months.

Boyagdis soon realised they had to refocus efforts.

He says the team were really good at building sophisticated electronic packages that easily integrate with helmets and other wearables for an optimum user experience but they needed help to construct and distribute the helmet far and wide..

Keen to get Forcite Helmet technology into the hands of end users in time for winter, Boyagdis says he has now taken a strategic partnership approach.

“It allows us to create the technology in very large volumes,” he says.

Looking back, Boyagdis says he’s had to move quickly to keep his startup above water.

“Being a startup is like being a rabbit, they can move very fast but can get killed if they slow down,” he says.

“Larger companies are like turtles, they move slowly but are well protected.”

Boyagdis says he now plans to combine Forcite’s tech expertise, MVP and lean model with larger and more established manufacturing companies that can deliver the product faster and at a greater scale.

“We want action sport to be a thing but we also want to get into emergency services, health and safety and all the different types of helmet verticals,” he says.

After directing their $1 million angel investment to building the electronics and camera systems, making key hires, branding and marketing to launch the first product, he says Forcite will now diversify its product and market reach.

The startup is planning a $5 million series A capital raise to expand its engineering team, build more prototypes, undertake research and development in areas like augmented reality and establish offices in other markets like the US and Europe.

Whether this funding comes from the US or Australia is still undecided.