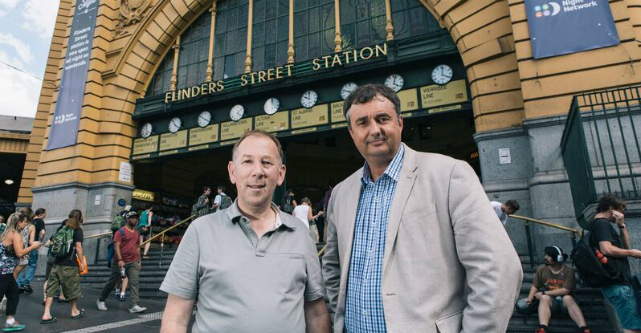 Angel investor Adrian Stone has more than 50 investments, but more than 40 of them haven’t sent him a monthly update this entire year.

He says this is a big problem – investors need updates even if it’s with bad news, and founders will miss out on vital advice if they don’t pick up the phone or write a simple email.

“It’s disappointing that once the money’s in that it feels like I’m no longer part of the team,” Stone tells StartupSmart.

“We invest in a line not in dots.”

“It’s almost human nature, you only want to inform investors when something good happens but they’re not just here to hear the good news. That person may just have the perfect solution.”

Experienced investors understand the complexity and rocky nature of startup growth, he says, and they have been through the common ups and downs of growing successful businesses.

“It takes nine years from inception to IPO and most good investors know that,” he says.

“I’ve had more knock-backs and setbacks than probably anyone.”

How to keep your investors updated

Stone says he wants a monthly update from his startups, even if it’s just a simple email with nine bullet points.

These points should quickly outline what the startup is working on including any deal, plans for the next month, what assistance they need and key metrics, especially the numbers that are “make or break”.

“It’s so I can get a feel for how a business is growing,” Stone says.

Keeping investors in the loop like this can help prevent nasty surprises.

If the numbers aren’t good, Stone recommends a phone call instead of the regular email.

“If it’s bad news, that wouldn’t be in a monthly update,” he says.

“Founders don’t use the telephone anywhere near enough with their investors and advisors.”

This can help the startup team and its key sponsors address issues before they become horror stories, Stone says.

“You can’t call me too often to annoy me, provided you’re not asking me how to make your morning breakfast – it should be something that you genuinely need help with,” he says.

Many founders don’t even recognise the work that investors do behind the scenes, Stone says.

Stone recently helped a founder he’s interested in investing in get inside an organisation where they previously couldn’t even get passed the front door.

Shortly after, the organisation contacted the startup.

“They didn’t even know I had made a phone call, they thought it was because of their email,” Stone says.

He says experienced startup investors carry a wealth of information and networks with them that can streamline the growth process if only founders would continue to work alongside the people that backed them in the first place.

“If you lose an account, how do you turn an account around, they’ve got a problem with a client, I can make a phone call and speak with the CEO because I know him,” Stone says.

“Most of the time the founder doesn’t even know I’m doing that.”

He says that when a founder starts a continuous relationship with an investor there’s no reason why it should stop once the money is in.