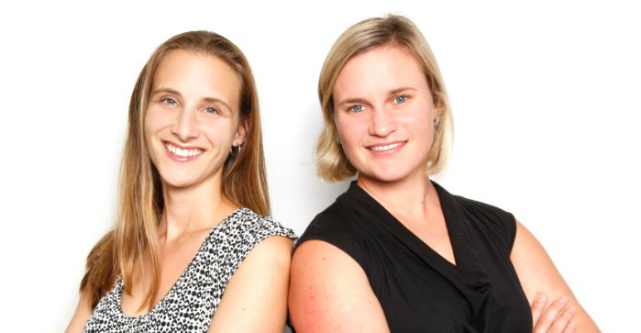 In four years Zoe Pointon and her team have grown OpenAgent into one of Australia’s most popular review platforms, with 10,000 people using it every year to pick their real estate agents.

In an AMA session run by Blackbird Ventures, she says that given the highly intense nature of startups, founders should get a feel for things first by working for one before actually launching their own.

“You’ll learn so much about the space, pick up skills, make great networks,” Pointon says.

“And you will figure out whether or not you want to be a founder while someone else is bearing the stress.”

This will help to determine whether you’re cut out to be a founder, Pointon says.

“You need to love a changing environment and being a part of something that is growing all the time,” she says.

“You need a certain level of comfort with risk as well. I think if you are not comfortable with those things then there are lots of great jobs at bigger companies that you’ll enjoy more.”

Pointon’s own entrepreneurial endeavour began at a young age with things like attempting to sell fish to her parents and collecting pinecones.

“I also learned heaps about resilience, discipline, and getting to long term goals through short term ones, through my training for Ironman.”

Hiring right is key for a fast-growing startup

If you get the early hires right, Pointon says it can make everything else go well.

“There is just so much to do, all the time,” she says.

“The only thing that helps that is hiring incredible people, ideally who are better than you.”

While there is great value in bringing in highly experienced people to take on senior roles, Pointon says it’s good to have people that also get the nature of startups.

“I think the challenge of experienced hires can be if that person has no startup experience the learning speed and bias for action over discussion may not be there,” she says.

“Some people get in and love the constant change (with a bit of chaos) whereas others find it overwhelming and uncomfortable.”

They try to screen for this early on.

“[Co-founder] Marta and I try to look for people who are happy, humble, hands-on and hungry,” she says.

“If there is a really smart generalist with experience in another high growth startup, I’d definitely consider them even if they didn’t have experience in the exact role I was hiring for.”

Learning from the best and worst moments

While you’ll be learning at every step of the startup journey, Pointon says the biggest lessons come from the extremes.

“I’ve personally felt the lows harder, and when that happens you definitely resolve to avoid situations like those in the future, so I probably take more concrete learnings away from the super-low points,” she says.

“Those would be when a big experiment fails, when you lose a key staff member, when your funding falls through.”

If you’re solving an existing consumer problem and want to do it as fast a possible, Pointon says that’s when external investors can come into the picture.

“For us we saw relatively quickly we needed external investors, and it was more about finding the right initial partner,” she says.

Instead of a standard pitch, they took a “deep coffee” approach to meet investors over coffee and learn about each other.

“We drank a lot of coffee,” she says.

“Our first investor came to us through another startup we’d been talking to, the founder there thought we might get on well together and once we met we hit it off this investor took out our entire first round of funding, which simplified the process for us a lot.”

Maintaining an open, ongoing and honest relationship with their investors has been an important part of the OpenAgent journey.

“I think the most important thing is talking regularly to your board, not just four times a year at a meeting,” she says.

“If something is going wrong, you need to get on the phone and let them know straight away – here is what is going on, here is what I’m going to do to fix it.

“If you have that open dialogue everything else seems to work pretty well I think.”