Will.i.am calls out lack of diversity at Dreamforce and implores tech community to give back to public education 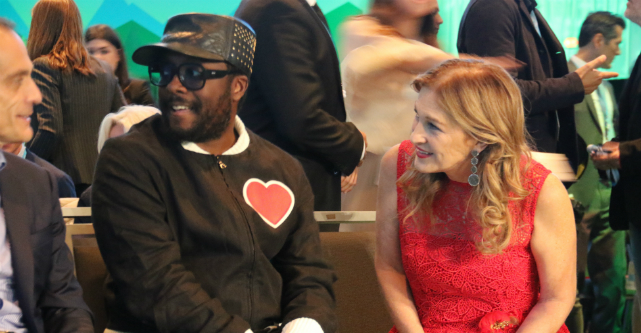 Black Eyed Peas frontman and tech entrepreneur Will.i.am has called out the Dreamforce conference for a lack of diversity and encouraged the startup and tech communities to do more to help underprivileged members of society through mentoring and education.

During a keynote speech at the Dreamforce event in San Francisco, Will.i.am remarked that the demographics of the people in front of him wouldn’t have looked very different from back in the 1950s.

Through the presentation, which was led by Salesforce CEO Marc Benioff and watched by about 15 million people, he said that the tech community can do a lot to reduce poverty and crime.

“I’m sitting here in this room with amazing developers, heads of companies, because I was given an awesome education from the ghettos [of] east Los Angeles,” Will.i.Am said.

“If only [convicted youth] were given an education or an investment in education early on, they would be the entrepreneurs in here.

These words silenced the room of world-class tech leaders.

Will.i.am said he has invested in the education of more than 400 young people from impoverished communities so they could pursue careers in robotics and tech.

This is the way to truly move the fast-growing tech community to the future and ensure there is proper diversity, Will.i.am said.

“I went back to the ghetto that I’m from and adopted 65 kids,” he said.

“Now, every single one of those kids has graduated to go to college to learn robotics.”

Will.i.am encouraged the global audience to be mentors, investors and supporters of public education so disadvantaged youth around the world can realise their potential in technology and become leaders in the sector.

”It just would [change] the obvious colour tone of today,” he said.

“Why does it have look like this in the room?”

Benioff commended Will.i.am and vowed to commit to his cause.

“We’re all going to follow your lead and double down on public education,” Benioff said.