You may have spent over 4000 hours on your business this year: Three tips before the next 4000 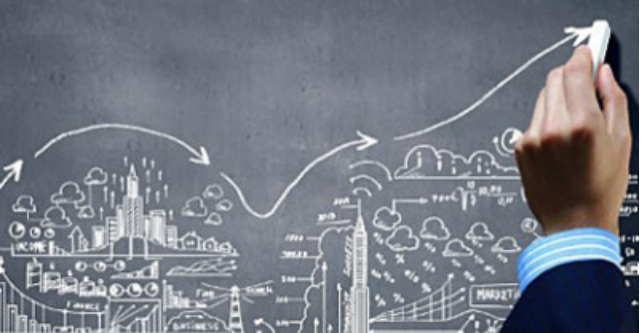 You’ve successfully completed 50 weeks of business this year, which, according to our interviews with entrepreneurs over the past few months, could mean you’ve put in well over 4000 hours.

As 2016 draws to a close, you might be looking back on those 166 days of hard work and laughing in the face of a holiday—after all, who has time?

The final weeks of the year throw up a catch-22 for small business owners: if you work constantly, you’ll be toying with burnout, but as the Christmas period is a vital one for many SMEs, taking a break could be foolish.

MYOB’s most recent Business Monitor survey shows that 46% of SMEs surveyed expect an increased pipeline of demand over the next three months, with those in retail and hospitality are tipping increased revenues.

So in the chaotic final last weeks of the year, how can you keep your eye on the next 12 months while juggling work and end-of-year commitments?

Experts tell SmartCompany it’s really the basics that matter as the sun sets on 2016—and a little bit of time spent planning can give you a head start for the year ahead.

Consider switching off, even if you don’t do it completely

It might not be possible for all members of your staff to spend time lazing on the beach over the coming weeks, but it might be worth considering upping the flexibility so that employees can stay productive without exhausting themselves, especially if your business is based in a picturesque location.

Lead generation business Jack Media, ranked 19 on this year’s Smart50 list, is based in Byron Bay.

Co-founder James Kitchener says the business uses December to connect with clients, and staff members are told to switch off and look around them.

“We get the opportunity to work hard and play hard. We highly encourage our staff to have time away from their computers over the holiday period so they can enjoy the beautiful place we live in,” Kitchener told SmartCompany.

It’s important to know what works when it comes to recharging, say SME owners. For Karen Justice, chief executive of fellow Smart50 finalist Just for Pets, this means spending whatever time she can with some distance from the business.

“I find the best way to re-energise after a stressful period is to take time out. I do this by reconnecting with what is most important in life, family and loved ones, both two-legged and four-legged, and spending time at the beach,” Justice told SmartCompany.

However, while an operation like Just for Pets closes its head office at the end of the year, there are still customers to serve. This means any breaks still involve keeping an eye on the retail group’s member stores and bedding down the plan for the year ahead.

“The month of December, unsurprisingly, is a busy one,” Justice says.

“Our member stores, being retailers, are having some of their busiest times so of course, we do whatever we can to ensure they are supported through this time.”

Get your new staff connected now

“You have to treat them like you would clients,” Parker says. The first 12 months are a crucial time to make sure new staff will stay with you for the long-term, and laying the groundwork should start well before their first day, Parker says.

Parker recommends businesses think about including their new players in end-of-year functions and team building, and consider how new starters will start to build a longer term social connection with the business.

“Would you invite a client to your Christmas party? You would. It’s the same for an [new] employee,” Parker says.

Let social media do the work for you

Your customers might be at the beach but they’ll still have their phones on them, and a couple of hours of pre-planning before you knock off for Christmas could mean a serious advantage at the start of 2017, says social media and communications expert Catriona Pollard.

“If you take a couple of hours to schedule posts over the next two weeks, you won’t lose momentum,” Pollard explains.

“I feel like I’ve heard … so much over the past couple of weeks that this time of year is down time. That is absolutely not the case—people are starting to think about what they want to do for the year ahead.”

It’s not just the business community that are thinking about 2017.

Potential customers are already planning how they’ll spend their time in the new year, and many have extra hours to devote to scrolling through their social feeds at this time.

With so many scheduling platforms available for social media posts, Pollard advises picking the ones that work and putting in a few hours this week to get your strategy set.

Sitting down for a couple of hours to map out a game plan could put you ahead of sleepier competitors who might have already knocked off for the year.

“If you can be that company that said, ‘you know what, my competitors are not doing so much over this kind of year, I’ll schedule more things’, you’re going to be top of mind people minds,” Pollard says.