Zynga and Facebook: Why the social media game is changing 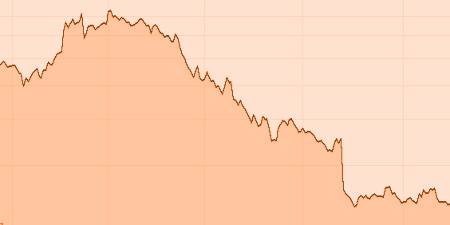 Last week, we saw the relationship between Zynga and Facebook change. You can read the SEC filings here.

Starting in May next year, Facebook will be able to create their own games and market them directly. Meanwhile, Zynga will be able to accept payment outside Facebook and make games that are currently only available through the social network available directly via their website.

What this means for Facebook is that their share of game credits will be fragmented and that users will be able to play games without logging into Facebook. On the flip side, Facebook can make their own games if they wish and make a direct margin on credits.

There are a couple of lessons here as I see it. The positive for Zynga is that they were able to quickly build a business off the back of a huge user base, due to some exclusive privileges they negotiated with Facebook. The problem, however, is that the party is now over and Facebook have decided to treat Zynga as just another developer. Furthermore, Facebook have cleverly included this provision:

Zynga’s right to cross-promote any games that are off of the Facebook web site from Zynga services that use Facebook data and to use e-mail addresses obtained from Facebook will be limited by Facebook’s standard terms of service, subject to certain exceptions.

What this means is that Zynga can’t use data collected from on Facebook to convince users to move across to Zynga’s proprietary versions of the games.

When I started Lind Golf, we built a database of customers based on sales on eBay. Over time, we ended up starting our own website and used that database to launch lindgolf.com. In Zynga’s case, they are prohibited from marketing to the email addresses collected via Facebook.

The reality is that anyone who builds a platform on another company’s proprietary platform runs the risk of the rules changing down the track.

Zynga isn’t the only company that’s been castrated by a proprietary platform. Jodee Rich’s latest venture was recently cut off from the Twitter firehose. You can read about this here. He is now taking legal action against them.

The lesson for start-ups is that you need to control you own destiny.

Good examples of this are open source software platforms where there is not proprietary body. The internet is built upon these standards. Standards like HTML, email and TCP/IP are non-proprietary standards. It’s why Steve Jobs didn’t include support for Flash in iOS. He didn’t want to be at the mercy of a middleman.

As for Zynga, their stock chart since January says it all: