Sacré bleu! What the French energy sector can teach us about the future of blockchain 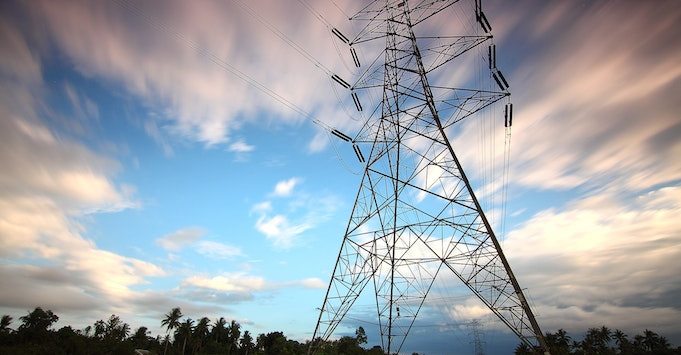 Blockchain technology is a decentralised digital ledger that keeps public but encrypted records of peer-to-peer transactions. All members of a blockchain network can verify whether a transaction occurred or not, rendering clearinghouses or other intermediaries obsolete. The technology originally served as the backbone of Bitcoin, the well-known cryptocurrency, and later made its way to other industries. In France, blockchain represents a vibrant industry as the nation trailblazes the way for the technology in the hope of becoming a blockchain hub in the European Union. The French Minister of Finance, Bruno Le Maire, believes: “The blockchain will offer new opportunities to our startups, for example, with initial coin offerings that will allow them to raise funds through tokens.”

In December 2018, two French members of parliament, Jean-Michel Mis and Laure de La Raudière, submitted a report recommending the French government invest €500 million ($799 million) on public blockchain endeavours over the next three years in order to build a “blockchain nation”.

The unique characteristics of blockchain technology (lower transaction costs, increased transparency and enhanced security) are creating new opportunities for the French electricity sector. A few startups, such as Sunchain and Evolution Energy, are currently establishing blockchain-based projects with the main aim of further decentralising existing energy systems. Several barriers to the wide adoption of blockchain, however, are yet to be overcome.

Where is the blockchain headed?

In December 2018, the Grenoble Ecole de Management asked experts for their opinion on where blockchain is headed in the French energy sector. As a first finding, the experts were almost equally split in their opinion on whether blockchain will play a rather important or a rather unimportant role in the French electricity system of tomorrow. To understand the importance of blockchain technology in the energy sector and the challenges that it faces, the experts were asked for their opinion on the viability of specific blockchain applications and the potential benefits, as well as the barriers currently limiting a wider diffusion of the technology in France.

According to the experts, the most promising applications of blockchain technology in the electricity sector in the next five years are “peer-to-peer energy trading” and “electric vehicle charging and sharing”. The blockchain promises to create a system whereby energy prosumers from the commercial sector or private homes can trade electricity without the interference of a central authority. With the continuous growth of electric vehicles, blockchain promises to provide an adequate, publicly available charging infrastructure that tackles the “lack of range” challenge, by enabling individuals to make their private EV charging stations available for public use for a fee.

Currently, the majority of players in the blockchain-for-energy market are trying to enact some form of peer-to-peer energy trading. In 2017, Enedis, working with the French startup Sunchain and the Departmental Council of Pyrénées-Orientales, launched one of the first P2P energy sharing projects in France. The project, DIGISOL, explored the use of blockchain technology to share solar energy between individuals within the same building (collective auto-consumption). Large-scale deployment of the technology for P2P energy trading, however, is still inexistent in France.

Which blockchain use-case do you see as most viable for applying the technology within the energy sector in France in the next five years?

Blockchain technology is interesting for its potential to decentralise energy markets and improve flexibility. Blockchain enables real-time coordination of electricity supply and demand data that can improve demand-side energy efficiency. Blockchain solutions can also be used to accurately monitor and control energy performance in real-time, which will ultimately increase supply-side efficiency.

In effect, blockchain provides companies with ways to efficiently track energy usage and generation, and to identify network anomalies, which can improve response time in case of a failure or a blackout. In France, ENGIE is exploring the use of blockchain technology to monitor water, natural gas and energy flows. The company has also partnered with different blockchain players, such as LEDGER, which specializes in security and infrastructure solutions for cryptocurrencies and blockchain applications, to develop blockchain for energy market solutions.

What potential benefits can blockchain bring to the energy sector in France?

However, the experts also identified key barriers that limit the widespread diffusion of blockchain technology.

Blockchain solutions are rapidly growing and innovating far ahead of existing regulations. Clear legal definitions and regulatory frameworks are needed in order to clear up the current level of uncertainty that is associated with blockchain. The French government, along with players in the blockchain ecosystem, is still working on establishing favourable regulations and legal frameworks for the technology. In December 2018, the French Accounting Standards Authority established a regulation that defines the accounting rules applicable to ICOs, ICO investors, and organisations that hold any type of cryptocurrency or crypto asset. However, several issues such as intellectual property, data privacy, and enforceability of contracts remain to be addressed.

Current blockchain designs run on algorithms that can consume up to 215 kWh per transaction (the equivalent of letting an incandescent light bulb of 25W burn for a full year). This is mainly because validating and securing transactions on the blockchain requires huge computing power. For example, the servers that run Bitcoin’s software are estimated to use at least 22 terawatt-hours (TWh) per year, which is almost the level of Ireland’s annual electricity consumption.

An expansion of blockchain will require additional data mining and consequently additional energy consumption. A number of green-mining solutions that use renewable energy sources and more energy-efficient hardware are currently being tested. The green-energy startup Hydrominer, which operates two hydropower mining farms in the Austrian Alps, is one example.

What are the main barriers that are currently limiting a wider diffusion of blockchain technology within the energy sector in France?

Current blockchain designs are extremely difficult to develop, deploy and maintain. For the novice user, making a transaction on the blockchain can be challenging, as it requires technical knowledge and several sophisticated steps. A number of big IT players are currently providing cloud-based blockchain services intended to automate the setup of blockchain infrastructures. Future blockchain applications may need to adopt a plug-and-play infrastructure that is much more user-friendly in order to attain wider diffusion.

NOW READ: Cryptocurrency use could “bring the internet to a halt”, but blockchain is a different story, says Bank for International Settlements