The startup funding gap for women is getting wider. Why? And what can we do?

The share of funding available to women-led startups has actually shrunk in the past year.

As all the stats, headlines and reports will tell you, it’s been a record year for startup funding in Australia. Yet of the billions of dollars pouring into the ecosystem, the share available to women-led startups has actually — incredibly — shrunk.

The gender funding gap is nothing new. We’ve been talking about this disparity in Australia and around the world for what feels like forever, yet the dial seemingly refuses to shift.

The pertinent question is: why?

When researching this article, I had countless women reach out to share their stories and views.

Some suggested the issue stems from bias in the pitching process and underrepresentation on investment teams. Women questioned whether VCs are doing enough to address their own confirmation bias. Others suggested investors may subconsciously look for confidence over competence, favouring a particular style of pitch.

Some noted women are less likely to have strong financial skills. There are whole generations of women who simply weren’t raised to talk about money, let alone ask for it, they said.

“The elephant in the room is that it’s a really institutionalised problem,” says lawyer, consultant and startup mentor Dharshi Harindra. 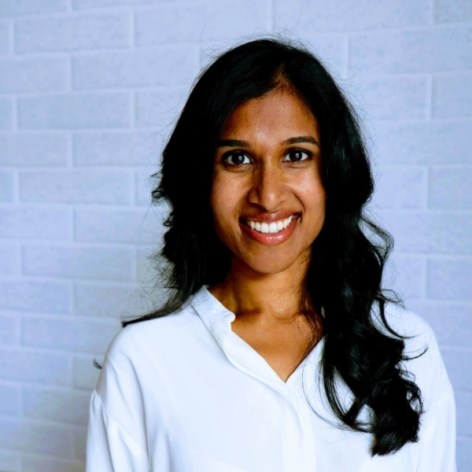 “I don’t think that the people in the startup ecosystem — VCs and the people running the show and holding the cards at the moment — are quite willing to go above and beyond to rectify that.”

Some of the measures from those stakeholders fall into the realm of tokenism and lip service, Harindra tells SmartCompany.

They can be more focused on helping people mould themselves to fit the current system, rather than changing the system to be more accessible, she suggests.

Breaking down the stats

Different reports present slightly different data on the gender funding gap, but the conclusions are much the same. Women-led businesses account for significantly fewer of the funding deals completed, and fewer of the dollars dished out.

According to Techboard’s Australian startup funding report for 2021 — which is one of the more generous — of all the deals completed in 2021, 8% backed startups with all-women founding teams. That’s down from 12% in 2020.

Of the dollars invested, 5% went to entirely women-founded startups, down from 8% in 2020.

Startups with at least one woman founder accounted for 31% of the total number of deals, down from 36%.

These startups received just 26% of the total dollars invested. That’s a significant drop from 45% in 2020.

These stats are perhaps even more damning when you consider that Canva and Airwallex — co-founded by the powerhouses that are Melanie Perkins and Lucy Liu, respectively — alone accounted for more than $800 million in funding raised in 2021.

Only three other startups with a woman founder raised more than $50 million: Mable, Intelligence Bank and Mr Yum.

These five startups between them accounted for more than $1 billion in capital raised, some 40% of the total raised by women.

The Australian stats are slightly preferable to those in the US, where the amount of VC funding available to women-only teams remains stubbornly around 2%. But as long as we’re stuck in single figures, we don’t have a whole lot to be proud of.

Jessica Ruhfus is the founder of Collabosaurus, a profitable brand collaboration platform with a presence in the US and the UK, 8500 users and partnerships with major brands. It’s also entirely bootstrapped.

Between 2016 and 2018 Ruhfus was actively seeking VC backing. She faced questions about when she’s planning on having children, she tells SmartCompany, and told to ham up the fact that she was a woman under 30, “because that’s your only selling point”.

The process itself was time consuming and frustrating, she says, and “the goalposts keep changing”.

Investors would ask her to come back when Collabosaurus hit a particular benchmark, but when she did that, something else was required.

“I wish they could just say ‘no’, because founders’ time is the most crucial thing … and there was a real lack of respect for that.”

Ruhfus couldn’t help feeling her road has been more difficult because she’s a solo, non-technical, woman founder. That hunch was confirmed when she brought a male business partner on board and questions were directed at him in any pitch meeting he was in.

Checklist: How to use data to drive diversity

Jax Garret, founder of esports content startup GGWP Academy, has raised about $800,000 to date, including from Scale Investors and Flying Fox Ventures and a range of angel investors in Australia and Europe.

Garrett too has faced explicit sexism. A contact of hers caught one would-be investor saying he would drive down GGWP’s valuation because it is woman-led, she recalls.

She was told she would need a male co-founder if she wanted to succeed, and has been described as “just a mum with an idea”.

More subtle, however, was the way she was pushed towards specialist funds — both Scale Investors and Flying Fox specifically back women entrepreneurs.

“They’re fantastic funds and I love working with them,” Garrett says.

“But I found it interesting that because I’m a female founder, automatically the assumption is to push me towards the two female funds in the country.”

For women — and this is particularly true for women of colour, disabled women and people in the LGBTQIA+ community — every setback comes with additional doubt, Garrett says.

As a founder it can be hard to know whether your business is in fact not quite ready, or not the right fit, or whether you’re facing extra hurdles caused by bias.

“As a woman you do second-guess,” she says. “I assume that men don’t have to think about that.”

What do the VCs say?

The scale of this issue is not lost on the VCs, and they are making changes. Last week, Startmate made its first investment from its Small Bets fund, dedicated to early-stage businesses led by under-represented founders.

At Square Peg, senior associate Jethro Cohen and principal Lucy Tan have also been doing their own research, opening up their calendars to women founders to get more in the door to begin with.

Many of these founders were having their first ever meeting with a VC, Tan tells SmartCompany.

“It is our responsibility to continue to provide clear and simple access points for women founders to join the ecosystem and gain knowledge — accelerators, incubators, angel investors and VCs must all play a part,” Tan says.

Cohen puts the onus on VCs to overcome unconscious bias. Women are more likely to have had time out of the workforce; they may not have the network to “plug into the ecosystem seamlessly”; and they may not voice their ambitions in the same way as men.

“VCs will need to go on their own journey to unpick mental models and unlearn historical patterns that were built on a biased set of data.”

Alezeia Brown, senior investment associate at Main Sequence, says the key is to create more pathways for women to become founders in the first place.

That means outreach, but it also means empowering women in leadership roles, and highlighting their achievements.

“When it comes to building a diverse startup ecosystem, female VCs or founders tend to serve as a magnet for attracting more diverse talent,” Brown says.

Garrett, who is currently raising again, believes the landscape has changed in recent years. VCs are starting to take notice of the discrepancies, and she is confident it won’t be long before we see the gap starting to close.

Harindra, however, isn’t inclined to be patient. It’s time for women to be “a bit more creative” to find new routes to investment for women and other marginalised founders, she says.

“It’s the coolest thing”: Some of SheEO’s investors are as young as 11, and they’re shaping the business landscape for Australian women

Equity crowdfunding, for example, has seen women-led startups attract backing from others who believe in their ideas.

Community groups like SheEO and revenue share-based angel group Shebacks.me offer alternative ways for women to back women, without having to commit the high sums usually required for angel investment.

Others, like the One Roof community and the Atto Accelerator, are focused on ‘indie’ growth, shirking outside funding altogether.

The Australian ecosystem has been growing exponentially, Harindra says, so there’s not currently enough incentive for those pulling the strings to change the status quo.

“We just need to create our own thing and create those spaces that are purely dedicated to those people,” she says.

The cost of living and job security has worsened under the Morrison government, a new survey of working Australian women has found.