But like many new businesses, Applelachia’s journey to this point hasn’t been without its challenges for Chang, who first started making her drinks to improve her own health.

After several rounds of different health trends and fads, she discovered the benefits of drinking apple cider vinegar.

“It took about three weeks for the benefits to fully kick in, but once they did… I was no longer at war with the food I ate,” she said.

Chang realised it would be worth her while to help other Australians enjoy the health benefits of apple cider vinegar without the pungent smell.

“Around six years ago was when this health and wellness thing was starting to boom, but you couldn’t find anything available,” she tells SmartCompany.

She decided to take the plunge by taking $10,000 out of her savings account to set up a makeshift production line in her kitchen.

She started with a SodaStream, and then sourced bottles, labels, a hand capper, and VB cartons for storage.

After knocking on several health food store doors, Terra Madre saw the potential in Applelachia and agreed to sell it in store.

“I started in small batches with a SodaStream, making 24 bottles at a time. I grew within a month, selling two 24-cartons of the drink to Terra Madre,” says Chang.

“I had to find a microbrewery to scale up to supply to a distributor. Then I upgraded to a bigger microbrewery and had national distribution to each state, with up to 15,000 bottles per SKU.”

However, after having some supplier issues, Chang says the business almost came to an abrupt end.

“They were the most challenging years of my life. My personal relationships suffered. I almost lost my company,” she says.

“Three of my suppliers went into liquidation while they were still holding stock of mine. I couldn’t access my stock.”

To ensure the brand’s survival, Chang had to make a serious strategic move, which led her to a soft-launch of Applelachia into Woolworths a year-and-a-half ago.

“I engaged with a company [JFA Brands] who propelled me into this new pathway by relaunching the brand,” she says.

Chang says a key lesson she learnt in her relaunch was increasing the value of her product by adding both prebiotics and probiotics – two important ingredients to facilitate a healthy gut-brain axis – and becoming certified with Australian Certified Organic.

She says “adding [these] additional ingredients to separate it from other competitors” was key.

“It ultimately landed me a [new] deal with Woolworths, launching into 800 stores come November 2020,” she says. 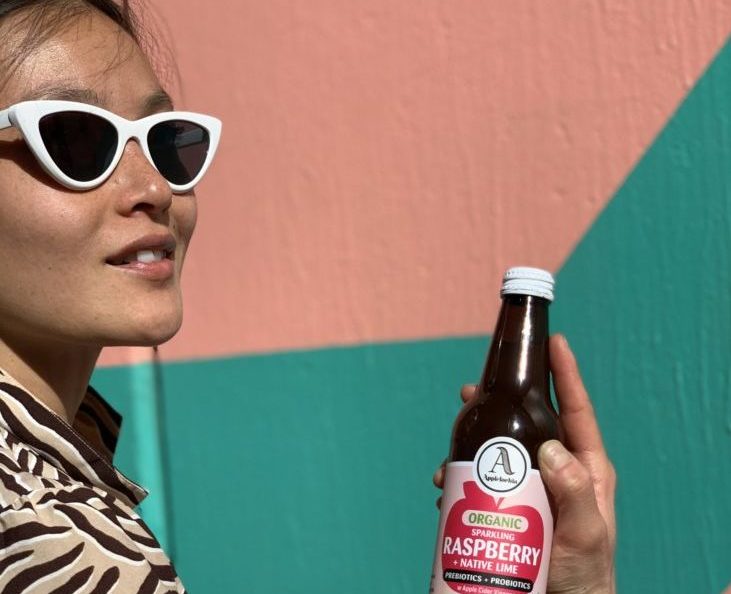 Caroline Chang with her product: Applelachia

Looking ahead as a sole operator during COVID

Chang notes the importance of having a great mentor to guide her on running a small business as a sole operator.

“It’s challenging as a single entrepreneur during COVID. It’s a bloody lonely life,” she says.

But while Change says everything she’s learnt has been on her own, she says the support and guidance from her “fantastic” mentor Sue Calwell had a profound impact.

Calwell is known as one of Australia’s leading tourism industry experts. She was the executive director of the Melbourne Convention and Tourism Authority for nearly 20 years.

When asked about how they met, Chang recalls a trip to Greece, where she struck up a conversation with Calwell’s daughter.

“[Sue] officially came on board in February 2017. From there, she tipped my world upside down,” she says.

Although she is no longer contributing to Chang’s business, Calwell was a key figure in the development of Applelachia.

Chang is now aiming to turn over 1 million bottles per year, per flavour. She started small, but she’s aiming large.

“I should have seeked out investment when I initially soft-launched into Woolworths,” she says.

Chang explains to SmartCompany that JFA Brands will help her secure this ongoing support by hiring a person to oversee logistics and manufacturing.

Chang has guts and ambition, and some key words of wisdom for other entrepreneurs starting out.

“Get comfortable with owning a smaller portion of something huge than 100% of something growing slowly,” she says.

“Also get into high intensity or endurance exercise and meditate. It helps you become more resilient to the stress and challenges of what being a solo entrepreneur brings. I’ve just gotten into long distance running.”