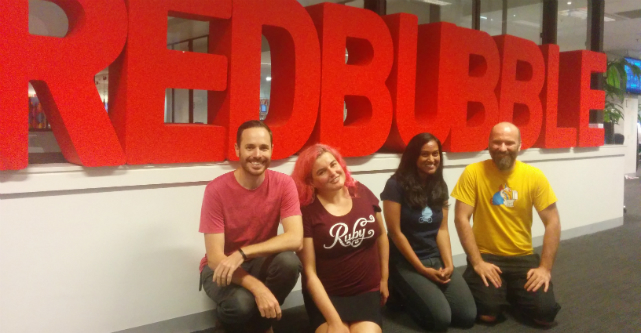 A global coding program is giving aspiring female programmers the chance to work on projects for some of the biggest startups in Australia.

In its second year for Melbourne, Rails Girls Summer of Code sponsored by the likes of Google Open Source, SoundCloud and Envato, has extended applications for women interested in an intensive three months of full-time coding.

Rails Girls Summer of Code core team member Laura Gaetano says the program is open to anyone who is active in women’s tech groups like Rails Girls, PyLadies and Women Who Code.

Avid Melbourne coder and Ton of Wool founder Kylie Gusset has applied for the program and says it offers many different opportunities.

“It’s a really great way of learning about code and meeting other people who are in the industry,” Gusset tells StartupSmart.

Gusset, who wants to get back into the tech industry, says she applied for the program with tech intern Ramya Ravindranath because it’s a one of a kind opportunity.

After leaving the sector to start up Ton of Wool, which raised more than $30,000 through a crowdfunding campaign, Gusset got involved with Rails Girls to reconnect with the tech community and meet other women with similar interests.

“In the Ruby community, there aren’t many women so having the opportunity to meet them is gold,” she says.

Gusset has attended general Ruby meet-ups only to find that women represent as little as 5-10% of the 100-strong gatherings so she says it’s refreshing to attend Rails Girls Melbourne events filled with tech developers and coders who are all women.

Through Rails Girls Melbourne, Gusset says members learn a range of skills from building a simple app and Rails basics through to setting up a computer to make it easier to code.

“The really great thing about Rails Girls Summer of Code is it takes things further,” she says.

Instead of spending $US10,000 on a 12-week coding boot camp overseas, Gusset says this program invests in participants to be a part of the project with active mentors and coaches providing personalised support all the way.

“The beauty of doing something likes Rails Girls is you can do it from wherever you are,” she says.

“You’re paid a stipend to be part of the project, get a mentor within the project and coaches on the ground with you.

“There’s a really good system in place to ensure that you learn.”

Gusset says there’s also a real chance to find employment at the conclusion of the program.

“A lot of them are offered positions at the companies that are coaching them,” she says.

A choice of more than 30 projects can be applied for in Rails Girls Summer of Code including exercism.io, led by renowned tech developer and author Katrina Owen.

“To be able to work with someone like that and to be paid, opportunities like that don’t come along too often,” Gusset says.