Why greater gender diversity in science benefits us all 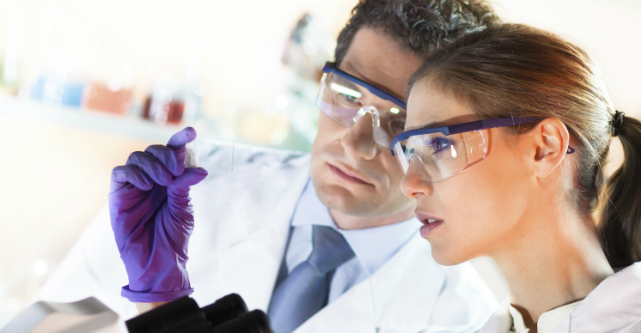 The World Economic Forum estimated last year that at the current slow rate of progress, it will take until 2133 to close the global gender gap across health, education, economic opportunity and politics.

We clearly need to take greater measures to close the gap. And, fittingly, the theme of this year’s International Women’s Day is: Pledge for Parity.

It’s a call to action that the scientific community should heed.

That female scientists are underrepresented at a senior level is now well recognised; despite the fact that women comprise more than half of PhD science graduates, in Australia female academics hold only 17% of senior positions.

The story is similar in the corporate sphere: the 2015 Male Champions of Change progress report found that only three in 29 affiliated major organisations – Ten Network, the Department for Foreign Affairs and Trade, and Qantas – achieved minimum gender parity goals in key management positions.

Beyond the ordinary challenges for women in the workforce, female scientists face specific difficulties, especially in a cut-throat funding environment.

The years of intensive research required to establish an independent research career as a laboratory leader coincides inconveniently with the period during which people tend to start families.

In addition, grant success hinges on a productive publication record, which adds difficulty for women who have taken career breaks to have children.

A 2014 report from the Office of the Chief Scientist found that women “continue to leave STEM in unacceptably high numbers at secondary, tertiary and early-career level”.

Unquestionably, the lack of women in senior roles is an unfortunate waste of expertise and investment. But gender imbalance should be an issue that concerns the majority, because it’s the majority who benefit from diversity in the workplace and laboratory.

Research suggests that institutional performance is positively associated with gender balance. For example, a 2012 Credit Suisse study of 2,360 companies globally found that those with at least one woman on the board outperformed companies without any female board members by 26% over six years.

Another study that looked at the gender composition of management teams in S&P 1,500 companies found that women in top management positions were associated with “an increase of US$42 million in firm value.”

Racial diversity has similar benefits for innovation: a study of 177 US banks found that in banks with an innovation-focussed business strategy, a racially diverse workforce was related to enhanced financial performance.

Diversity in science also has benefits for researchers. A study of the authors of 2.5 million scientific papers found that publications authored by ethnically diverse groups of researchers receive more citations than do papers written by researchers of a single ethnic group.

When authors with similar publication histories were compared, homophily – sticking with one’s own – was associated with lower-impact papers.

In terms of female underrepresentation at senior levels, a lack of role models is often cited as a reason for the attrition of female scientists.

Successful women in senior positions provide crucial guidance as mentors and role models, and are also key to challenging the stereotype that science is masculine.

The more schemes that promote female researchers, such as the Australian Research Council’s special female Laureate Fellowships, or the inaugural United Nations International Day of Women and Girls in Science, just passed, the greater the benefit.

Change also needs to come from research institutions, and the Science in Australia Gender Equity (SAGE) pilot, in which UQ is a participating organisation, is a good start.

More, as always, can be done. The SAGE pilot launched in September, 2015, with involvement from 32 institutions, including half of the university sector. Surely this proportion can plausibly be lifted to full nationwide university participation.

Research programs that fast-track the training of talented female scientists would also help. If women can achieve research independence before they have children, as lab leaders they have the flexibility and staff support to ensure that research continues during periods of parental leave.

The Queensland Brain Institute is doing its part to support women by launching an annual Diversity in Science Lecture, in order to provide a platform for distinguished champions of diversity and equity.

Career–life decisions are never made in isolation, and closing the gender gap in universities also involves support at home from partners and spouses.

Boys at school and early university should be educated and encouraged to understand that equal opportunity in the workplace benefits from men taking equal responsibility in the family environment.

A concerted, continuing effort at all levels is needed for us to achieve gender parity, and hopefully by far sooner than 2133.

Pankaj Sah is the director of the Queensland Brain Institute at the University of Queensland.