Will 2016 be the year of the woman entrepreneur? 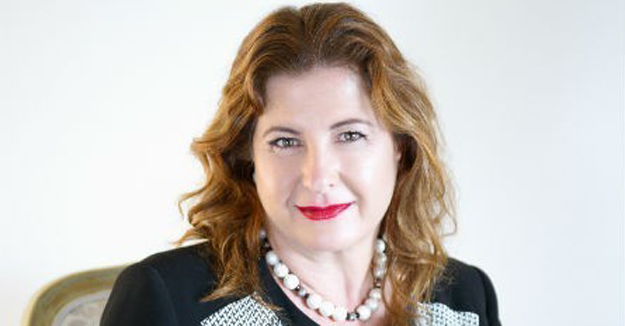 2011 was a good year for the Australian economy. Markets were booming and startups were getting acknowledged for their economic longevity and relevance to the strategic growth of the nation.

It was also the year I became an angel investor who funded women in tech startups.

Back then only 16% of tech entrepreneurs were women, so it came as no surprise that my foray into the male-dominated angel investment space was met with scepticism.

Without a strong track record of women in tech, much less of tech startups, many did not see future value.

It wasn’t just gender that was the issue. The very concept of angel investment was seen as too risky; it was not something everyone got on board with in 2011.

In stark contrast, 2015 saw almost every big bank, national business icons like James Packer and even the super funds start investing in startups.

Last year was a great year for Australian startups and for women in the space.

As we await growth figures for 2015 a casual observation of any media or social media will indicate an increase of women tech entrepreneurs last year.

Flexibility, increasing opportunity and more support systems to help turn ideas into reality has propelled women to go where many haven’t in the past.

This year will see more women in tech and STEM participate in the “ideas boom” that Malcolm Turnbull presented in his innovation agenda.

Change has been slow, but women like Jodie Fox, Melanie Perkins, Rebekah Campbell, Deborah Noller, Marita Cheng and others are inspiring people through their confidence, bravery and aims of changing the world with their ideas and success stories.

Lauren Hall, Kate Kendall, Fiona Anson and the other amazing women in my angel investment portfolio are all determined to succeed in Australia, and globally. Last year, Lauren and her company launched Australia’s first events booking platform and Kate Kendall from CloudPeeps is ranked as one of the top Australian female entrepreneurs.

These are women who, prior to Turnbull’s innovation agenda and for the last few years, have been going up against the odds and in a constrained policy environment to convert their ideas into business realities.

They are the ones who dared to dream big before banks even considered investing in startups.

As an angel investor, I feel proud that women entrepreneurs have provided employment opportunities, put Australian entrepreneurial innovation on the world map and helped businesses progress through digitalisation and collaboration.

Laura McKenzie, CEO of Scale Investors captures this triumph over adversity well when she says:

A testament to the growth of women entrepreneurs in Australia is the fact that Scale Investors (of which I am a member), launched just three years ago and now comprises almost 100, mainly female, early-stage investors, who have collectively invested nearly $4 million in seven female-led businesses.

As Turnbull talks about a road map for future growth and a digital economy, women tech entrepreneurs will play an integral role in connecting Australia to global economies – as Canva and Shoes of Prey are doing.

It appears 2016 will be a challenging year with high rates of unemployment and a breakdown of traditional industries such as mining, automotive, banking and manufacturing.

We need more women to inspire the next generation. This can only happen if we believe in and support others who dare to dream big.

As a Kauffman report on the gender gap says, high-growth startups are the keys to job creation and leadership in new industries. With nearly half of the workforce and more than half of our college students now being women, their lag in building high-growth firms has become a major economic deficit.

The nation has fewer jobs—and less strength in emerging industries—than it could if women’s entrepreneurship were on par with men’s. Women capable of starting high-growth companies may well be our greatest underutilised economic resource.

There are many challenges to narrowing the gender gap; the tall poppy syndrome and the fear of failure being some of the biggest. But for now, let us focus on diversity and the opportunities we have on our shores and fuel the ideas boom.

It falls on each one of us to make 2016 a great year for women in business.

Renata Cooper is the CEO of Forming Circles and an angel investor. This piece was originally published on Women’s Agenda.