A $500 million Silicon Valley startup giant is coming to Australia 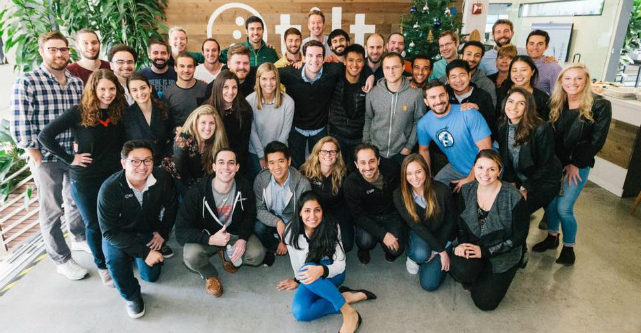 A Silicon Valley darling valued at over $500 million ($US400 million) has officially launched in Australia and will be setting up an office in Sydney.

Tilt, a platform allowing users to chip in to pay for group activities, is an alumni of the renowned Y Combinator program and has raised $87 million from some of the biggest tech investors in the world including Andreessen Horowitz and Sean Parker.

The startup currently operates in the US, Canada, the UK and France, and head of international at Tilt Tim Ryan told the Australian Financial Review that an Australian launch was on the cards from the very beginning.

“We’ve really wanted to be here from day one and it was just a case of sequencing,” Ryan said.

“In my opinion every day we weren’t in Australia was us moving too slowly.”

Tilt was founded in 2012 and allows communities and groups to collect, fundraise and pool together their money through a smartphone app and has proved especially popular in universities.

Representatives from Melbourne and Sydney both tried to lure the lucrative startup to their cities, but Ryan says the Harbour city won out because the startup’s first hire lives there.

He says Tilt has already hired two Australians and is looking to build its local team out to five people in the coming months.

The Sydney office could also become the startup’s Asia-Pacific headquarters, with plans to expand across the region.

“Expanding to Asia is definitely top of mind, but the thing is we want to be in Australia on its own,” Ryan says in a statement.

“We believe the market stands on its own two feet.”

The app launched out of beta in Australia on Tuesday and already has 250 ambassadors in local universities, and recently saw a campaign for an engineering camp collect $30,000.

It’s a much needed coup for Sydney, with a series of global startups including Slack and Zendesk opening local offices in Melbourne recently.