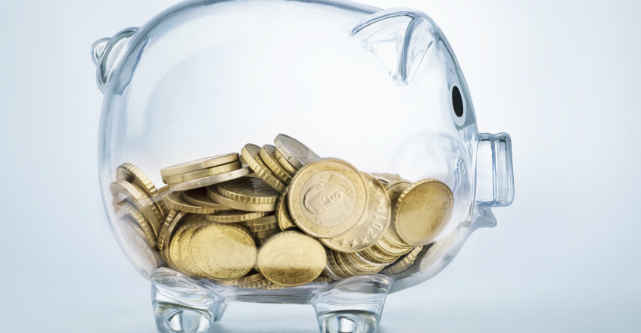 Many people feel that the capitalist economic system delivers wealth to a few and somehow cheats the rest of opportunity.

I agree: our market system is being looted by a small minority and the only real solutions call for courageous measures.

It has been all too easy for things to slide to excess. Traders in financial markets manipulate prices to obtain higher bonuses.

They and their managers take massive gambles with shareholders’ money because these are essentially one-way bets – governments and central banks will bail them out if things go awry.

The management teams of large companies reward themselves with larger and larger compensation packages virtually independent of the performance of their enterprises.

In a more subtle strategy, and without perhaps considering the effects, business leaders can end up looting the future by investing insufficiently for the longer term.

They are playing a game skewed towards the pursuit of short-term profits in order to achieve higher personal payouts.

In industry we see increasing forms of cartel-like behaviour everywhere.

Large pharma companies actively work to extend patent protection on drugs and to limit the ability of generic drug makers to compete effectively. But how can all this happen when the institutions of the market system are supposed to prevent them?

Companies are overseen by boards of directors who represent the shareholders and determine management compensation.

Investors control the capital base of enterprises and have the power to replace the boards of directors.

Market activity is undertaken within a framework of laws and regulations overseen by central banks and by regulatory agencies staffed by civil servants and, over them, sit the elected representatives of the people.

In theory, it should work flawlessly, but too often the structure fails, and it’s not all that hard to explain why.

Many are actually controlled by their management rather than by independent directors.

In the US it is still common for the CEO to also be the chair of the board and so play a major role in choosing those supposed to provide oversight.

In any case, we typically see the same people serve on multiple boards while the CEO of one company sits on the board of another.

But shouldn’t the shareholders throw out all the rascals on the boards?

If by a shareholder we mean someone with deep knowledge of a company and a commitment to enhance its long-term performance, then many large companies have no shareholders at all.

The investment logic of diversification and the rise of passive investing (where investors only track the performance of a share index like the S&P 500) drives individuals to spread holdings out on a global basis.

Large investing institutions, often largely passive themselves, hold positions in too many enterprises to either understand or care about individual cases.

And a situation has emerged where a handful of giant funds own a large share of the total value of listed companies so that their executives become part of the same pattern of behaviour.

The ultimate shareholders – pension plan holders like you and I – are often too busy, don’t care, or don’t understand.

Now let’s turn to the regulators. They have deep problems which we don’t like to acknowledge.

First, they struggle to hire talent which can match the companies they are regulating.

The ambitious and clever graduate can choose $US100,000 a year at a Central Bank or $US1 million at the investment bank of their choice. This is made worse by the revolving door problem.

If you know that, in a few years time, you will be seeking a job at a bank, just how tough on them are you going to be now?

What of their political masters?

More important, it takes money to win elections. Who has the money to donate?

The companies and their key executives. The US offers the extreme of this situation.

And the more regulated an industry is, usually the more concentrated it is among a handful of companies, meaning the reward for influencing regulation are concentrated in the enterprises that can do the most harm.

The benign term for all this is “regulatory capture”. Enough said. As world leaders from business and politics prepare to meet at the World Economic Forum in Davos, what should be done? Two cautions.

Because the money and power in the system is controlled by the looters, every ameliorating action will be fought tooth and nail.

And, there is no magic cure; the most we can aspire to is to make things incrementally, but materially better.

The fish stinks from the head so we should start there. We must dramatically curtail the role of money and patronage in politics.

Only if this is done will it be feasible to rebuild the regulatory apparatus and break the cartels.

I suggest that the large public company has had its day.

Public listing is not needed to raise essential capital, as was the case in its 19th and early 20th-century heyday.

The stock markets today are for speculation, for games by competing algorithms and profit-taking for insiders.

We should discourage “public” ownership in favour of private ownership and partnerships. Then, more people with the power to control will also have an incentive to think long term and to contain risk.

This piece has been published in cooperation with the World Economic Forum to coincide with its annual meeting in Davos, Switzerland. You can read more here.

George Feiger is the executive dean of Aston Business School at Aston University.