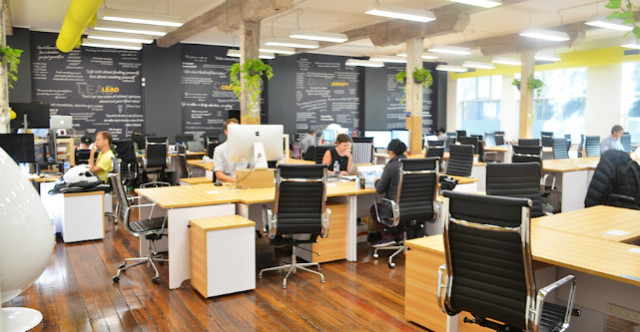 The Australian startup community has reacted with mixed opinions to the 2016 budget, with many lamenting the lack of any new innovation policies while also welcoming its focus on fintech and education.

According to StartupAUS CEO Alex McCauley this meant the budget is a “missed opportunity” for startups and is ultimately “disappointing”.

“It lacks the innovation Turnbull inspired in us just seven months ago and just falls back to typical Liberal statements on balancing the budget and getting us back to surplus,” Jankie says.

But for MoneyPlace founder Stuart Stoyan, the budget served mainly to consolidate the announcements in last year’s $1.1 billion innovation statement.

“While there is not much new for startups in this budget, it is reassuring to see innovation and the ideas boom continue to be front and centre of the government’s vision for Australia,” Stoyan says.

And the budget included a particular focus on the local fintech sector, with $200,000 dedicated to promoting local startups internationally and a study announced into the blockchain,  Stoyan says.

“While this is a budget for conservative times, a number of measures promoting fintech and startups more broadly are much welcome,” he says.

For Pollenizer co-founder Phil Morle, the most important part of the fintech announcement isn’t the extra money.

“Opening up a regulatory sandbox for the facilitation of testing new fintech products and services is a brilliant idea,” Morle says.

“This is a massive unfair advantage to Australian startups to invent the next generation of financial products.”

Another aspect of the budget that the startup community has welcome is its focus on education and fostering entrepreneurship, with the government seeking to encourage young job seekers to start their own businesses.

“As a university teacher and innovator I like the look of the new Youth Jobs Path,” Morle says.

“Startups need help and can be the new ‘trades’ that teach young people entrepreneurship and invest in our talent economy.

Here’s what a whole bunch of Australian entrepreneurs thought about the budget, in their own words.

For early stage startups, the R&D grant has been a huge benefit. I’m happy to see that has been left in place. I’d also advocate for an increase as it’s one of the real benefits to starting up in Australia. The small business tax breaks won’t really affect early stage startups and likely won’t do much towards encouraging more entrepreneurs to start up.

I would really have liked to see something new around visas for entrepreneurs and experienced mentors. We’ve got amazing people that want to contribute to our ecosystem and economy so why not take advantage of that opportunity?

The smallest of businesses are the real backbone of our economy so it’s a big positive to see initiatives aimed at helping them grow at a faster rate. The tax cuts presented in this budget may not be game changing but as every small business owner out doing the daily grind knows, every little bit helps.

When you consider the ASX top 20 delivers 50% of Australia’s GDP, the obvious question is how can we get the ASX 20 to reinvest more of their earnings in R&D to drive greater growth? Today’s budget did not address that question. Unfortunately, much of the Government’s innovation investment to-date has been tilted towards traditional academic areas and government enterprise, neither of which have a good track-record of producing commercially compelling outcomes or jobs.

To use the treasurer’s words, this is a very sensitive time. We need more incentives for big business to invest in training, research and development – this is the heartland territory for workforce of the future and jobs of the future.

I’m looking towards the federal election campaign – we need both major parties to spell out how we can create an innovation hub here in Australia – we are barely at first base in that conversation.

“The new ‘Exploring being my own boss’ workshops to engage young job seekers to explore self-employment is brilliant. This gives young people a chance to do laps around the block and hone their skills. Some of the best entrepreneurs I know have failed once or twice and succeeded much bigger with the battle scars of the real world.

It’s good to see entrepreneurship now as a real career path, not just trades and university.

Company tax cuts won’t help startups much, they are investing so much into growth that company tax rates far from their biggest concern. Payroll tax is a larger problem that does impact growth companies; this is a state tax but would be good to see the federal government try and tackle it.

I’m glad there are not going to be any changes to the capital gains tax concessions, it’s a disincentive to those who are trying to build companies into assets of value.

It is excellent to see the government looking to actively promote Australia as a global fintech hub. We believe the $200,000 budgeted for marketing is a good start but we would like to see more.

We are also eager to see what a regulatory sandbox will entail for Australian fintechs. The fintech community has been anticipating this move and will be keeping a close eye on how it works. The timing remains the issue as there are startups wanting to execute right away, and investors who have already put money into startups are keen for government to act quickly.

Rebekah Campbell – founder of Hey You

The changes to the company tax rate don’t really effect startups, as they see themselves as being quite different to SMBs, because essentially startups are not SMBs and operate differently.

It would be more beneficial to bring more investment into early stages, and support businesses through from early stage to profitability though R&D tax concessions.

We also didn’t see much focus on innovation, with other issues such as multinational tax avoidance and superannuation tax concessions taking the fore. Looking at past budgets, it has been somewhat of a rollercoaster.

In 2014, money was ripped out of CSIRO. Last year the budget placed a renewed focus on startups and innovation. This year was kind of flat. We have a government that understands our sector and I hope they live up to the standards they have set.

The budget was very tame – especially for an upcoming election I expected a bit more splash. It was very measured and controlled – not too much fan fare but some good wins around tax cuts for SMES – recognised as the backbone of future jobs growth.

I was a bit disappointed that the innovation agenda was a little skewed towards more money for CSIRO and the submarine work labelled as advanced manufacturing. I would have liked to see some attention to agriculture and mining and how they can be ahead of disruption in those industries.

I feel this is still very old world thinking around how hard we can drive innovation to solve big problems – I think this view is shared by many that we as an ecosystem need to reclaim the agenda of what innovation is and help the government and corporates take advantage of what is possible through collaboration across sectors and leverage the capacity of great minds to reshape the way we view job creation.

It is excellent to see the Government targeting tax avoidance from big companies and focusing on the “new startup generation”.

The Youth Path program is a great initiative for startups as it trains people prior to entering a small business especially in IT. It gives startups and small businesses a chance to potentially get the best talent early, and is a lot cheaper than a recruitment agency. This is a business generational shift of wealth to “old school” to the “future”.

Salesforce supports the government providing our smartest entrepreneurs in fintech with the opportunity to test and develop ideas and technology with the ability to transform the industry. For Australia to be globally competitive it must develop businesses in the knowledge economy with the ability to reach customers all over the world.

There are other capabilities in industries where Australia is internationally competitive and where startups can develop new and exciting technology to export to the world. Agritech, biotech and resource technology are all sectors where Australian brands are world leaders. Salesforce calls on the government to explore how other industries can be opened up to innovation.

“The government’s fintech statement is promising for the sector and will help the Australian fintech industry to grow, be internationally competitive and play a pivotal role in boosting the country’s economy. As one of Australia’s first fintech businesses, it is great to see innovation be such a key pillar of the budget announcement.