ABS will do “more proactive” testing for future census 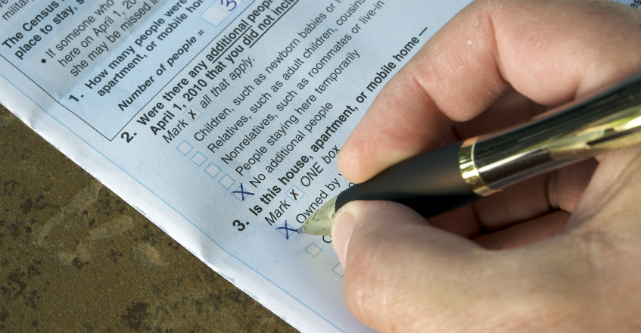 The federal government has rejected calls to give people the choice to withhold their name from the census, arguing that mandatory provision of names is necessary for a “high quality” census and is consistent with international practice.

It also declined a recommendation — like the previous one, made by Xenophon Team Senators Nick Xenophon and Stirling Griff in a Senate committee report — that the government seek legislative approval to link census data to other administrative datasets, arguing that current legislation offers “extremely strong protections” around the use of data.

The government’s response to the Senate Economic References Committee report 2016 Census: issues of trust highlights that many of the committee’s recommendations regarding privacy are already being addressed by the Australian Bureau of Statistics, following the earlier MacGibbon Review of last year’s census.

In the wake of the ABS system suffering a distributed denial of service attack on census night, the agency will take a “more proactive role” in testing the resilience of the online census prior to its return in 2021, according to the response released on Monday.

With regard to the ABS’s efforts at community consultation in the lead up to the census — a major point of public criticism — the government agreed to implement earlier, more transparent engagement.

The committee recommended that all future privacy impact assessments relating to the census are conducted externally, with the final report published on the ABS website 12 months in advance of the census, and that following the release of a privacy impact assessment recommending changes to future censuses, consultation across the community should be undertaken by the ABS.

Outcomes would be clearly documented on the ABS website no less than six months before a future census.

This was agreed to, with the government noting that the ABS is already working on changes to ensure “significant changes to personal information handling practices will be subject to an independent Privacy Impact Assessment and broad consultation.”

The government agreed the ABS should update its internal guidelines to make clear that consultation requires active engagement with the nongovernment and private sector.

The bureau is also looking at how to increase transparency around penalties for not completing the census “to avoid unnecessarily concerning the community”, while also achieving maximum compliance.

The committee report expressed concern that the bureau be transparent about privacy breaches. The government’s response notes that “privacy incidents that are identified, and are considered in scope of the Office of the Australian Information Commissioner’s (OAIC) guidelines for the notification of data breaches, are reported by the ABS as soon as practicable to the OAIC.”

The government noted the recommendation that the ABS conduct open tendering processes for future censuses, stating that “procurement of all census solutions will be conducted in line with the requirements of the Commonwealth Procurement Rules”.

Issues of access were also raised. The ABS “will work closely with relevant stakeholders regarding effective ways to address the issues raised by vision impaired and other special audiences” as part of preparations for the next census, says the official response.

The government also rejected a committee recommendation “that the responsible minister act as a matter of urgency to assist the ABS in filling senior positions left vacant for greater than 6 months”, noting that, apart from the Australian Statistician, it is not up to the government of the day to make such appointments.