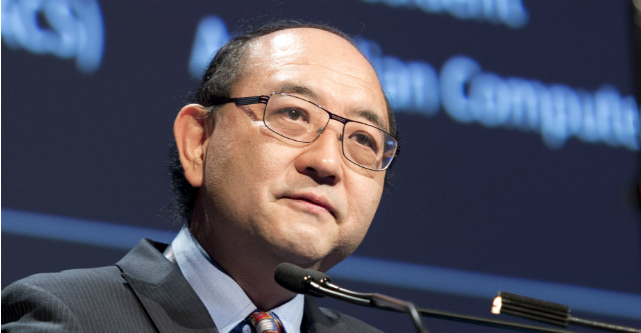 A greater focus on improving gender diversity in tech would help tackle Australia’s impending IT skills shortage, the Australian Computer Society has declared in its 2016 election manifesto.

The ACS released the Federal Election Manifesto on Monday ahead of the innovation debate between federal minister for industry, innovation and science Christopher Pyne and the shadow minister for higher education, research and innovation Kim Carr.

On behalf of the ICT sector, the ACS is calling on the federal government to act on key policy areas including closing the gap in digital skills and literacy, diversity, cyber security and a faster rollout of high speed internet.

Australia will need an estimated 100,000 more ICT specialists by 2020 but a mere 4000 IT graduates are produced at tertiary level each year, ACS president Anthony Wong says.

“At that rate, it’ll be along time before we close that shortage gap,” Wong tells StartupSmart.

With women only making up 28% of the ICT workforce, Wong says there is immense opportunity to address the skills shortage by improving gender diversity.

The ACS estimates that closing the gap between male and female employment rates in the industry could boost Australia’s GDP by 11%.

“If Australia was to lift its female labour participation rate by 6% to be roughly comparable to Canada, our GDP would be $25 billion higher,” the ACS manifesto says.

Wong says there’s also a problem with the dwindling numbers of women in ICT as they get older.

“What are we doing in terms of government policies and industry policies to encourage more mature age workers to continue in the workforce if they’re able to do so.”

This “leaky pipeline” means the industry could lose as many as 40,000 women and to make matters worse, there is an existing pay gap of about 20% between men and women in ICT.

“One of the ways to encourage more women to come into the ICT workforce and stay is to encourage young women in schools to consider ICT,” Wong says.

“We want to work with government to provide support and a resource system to teachers in primary and secondary schools to get the necessary skills to teach in those areas.”

In line with this, Wong says ICT education need to place greater focus on “soft skills” so graduates come out with knowledge on how to manage projects and people instead of core technical skills.

“The industry is now demanding they have soft skills,” he says.

“As an entrepreneur you need to be able to sell to market, get funding and know how to maneuver your company.

“We’re trying to incubate a culture of entrepreneurship and creativity.”

The ACS has also called for a faster roll out of high-speed internet through the NBN to get Australia up to par with fellow nations where technology is a key economic driver.

Over the past three years, Australia’s ranking for internet speed has gone back 30 spots to 60th in the world.

“If we’re going to have an innovative startup ecosystem we need to have infrastructure.”

In response, the ACS is recommending that the government prioritise education institutions and SMEs in its NBN connection efforts.

It is also calling for the government to lift its NBN targets so 10 million premises are ready for service and 5 million are activated by 2018.

Cyber security is another top policy issue, with the ACS highlighting the dire need for more cyber security professionals in the country.

With the digital economy predicted to exceed $130 billion by 2020, and cyber crime robbing Australians of an estimated $1 billion a year, the ACS has outlined a cyber security strategy for Australia to implement.

“From an immigration perspective, what are we doing to grow our expertise?” Wong says.

“We have to keep up and be agile as this transformation occurs.”