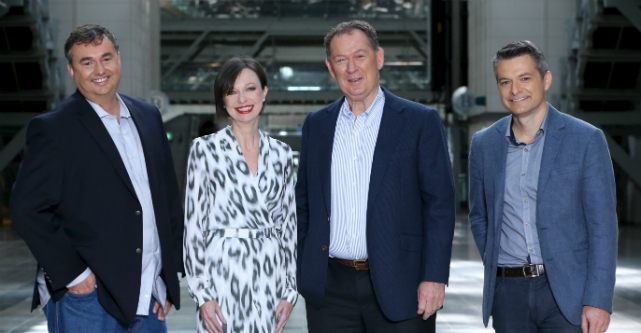 The Queensland government has recruited corporate accelerator Slingshot to help bolster its share of Australia’s $119.4 billion tourism industry through the creation of new high-growth startups.

According to IBISWorld’s Tourism in Australia 2017 report, Queensland is one of the top destinations for domestic travel, with the Great Barrier Reef among the major magnets for tourists.

Queensland also has one of the largest shares of the market in terms of businesses operating in the tourism sector.

“Industry revenue is expected to rise by an annualised three percent over the five years through 2016-17, to total $119.4 billion,” said IBISWorld senior analyst Nick Tarrant in the report.

Jumping on the opportunity, Advance Queensland is providing funding support to Slingshot to run a 12-week tourism, travel and leisure accelerator program across two sites in Cairns and Brisbane. Eight to ten startups are expected in each cohort and could receive as much as $130,000 in early investment.

Selected startups will receive $30,000 in seed funding for 10% equity from Slingshot’s Venture Fund. If these startups go on to raise more capital from other investors after the accelerator, they’ll receive an additional $100,000 from Slingshot.

Slingshot chief executive Karen Lawson said the dates for the programs will be determined once corporate partners are finalised. Similar to its human resources accelerator, in which tech giants Seek and Hudson influence content and outcomes as “platinum partners”, Lawson said the tourism, travel and leisure accelerator will be shaped by its chosen corporate partners.

“Hundreds of new startups were launched in the travel sector last year and we’ve only just begun to see the impact of the sharing economy, [augmented reality and virtual reality] technology, big data and frictionless payments on the tourism, hospitality, and entertainment industries,” Lawson said in a statement.

And with a growing number of tourists coming in from Malaysia, China and Singapore, Tarrant from IBISWorld says spending in Australia’s tourism sector could jump by nearly 3% in the next five years.

However, Tarrant says the pace of technological change has meant some larger industry players have been been forced to rethink how they operate.

“A migration towards online booking platforms, particularly for services such as accommodation, transport and tours, has forced some players to change the way they interact with consumers.”

Lawson says this kind of disruption presents a massive opportunity for startups.

“The world’s attention will be on Queensland in 2018 with the Commonwealth Games and smart companies are preparing themselves to become more service-oriented and to leverage changes in behaviour that are empowering consumers and impacting brand loyalty,” she said.