The kids are alright: How Amazon is preparing high-schoolers to fill Australia’s tech talent gap

You might have heard that Australia is a shallow pool for tech talent, with startups struggling to find quality hires on home turf. Generally, the fix is to look abroad, but another solution is emerging, and it starts with students.

But standing in a noisy room filled with hundreds of high-schoolers, you might not know it.

At Amazon Web Services’ (AWS) Sydney Summit earlier this month, 18 inner-Sydney schools participated in a round of workshops and panel discussions with some of Australia’s brightest innovators, as part of AWS’ Student Track.

It’s the fourth year the company has run its Student Track, which seeks to educate and inspire “impressionable young minds” about the worlds of tech and coding. It’s part of the company’s broader goal of upskilling Australia’s students and workforce to create startup founders of the future.

Alongside a panel discussion with innovators from Canva and Formula One hosted by AWS’ worldwide lead solutions architect Glenn Gore, the students also learnt how to code ‘Sphero’ robots to navigate a maze, and program Amazon’s Alexa voice interface and develop new uses for it.

However, it was still business as usual for many in the teams of 14–16-year-olds, as embarrassing their teachers and joking with friends came paramount to hearing about Alexa’s latest feature. But for some students, the day had a lasting impact.

Elizabeth, a year 10 student from Tangara School in Sydney’s north-west, tells StartupSmart she came into the day somewhat unenthused, believing coding and tech weren’t for her.

“I’m more on the not-so-mathematical side, so I thought it’s wasn’t for me, but I figured I’d come along anyway.”

But after hearing the panel members talk about the creative parts of tech, and learning the basics of coding through the Sphero robots, Elizabeth finished the day with a changed mind.

“I would consider a career in tech now. Probably more on the creative side, but the workshops showed me I could do it.” 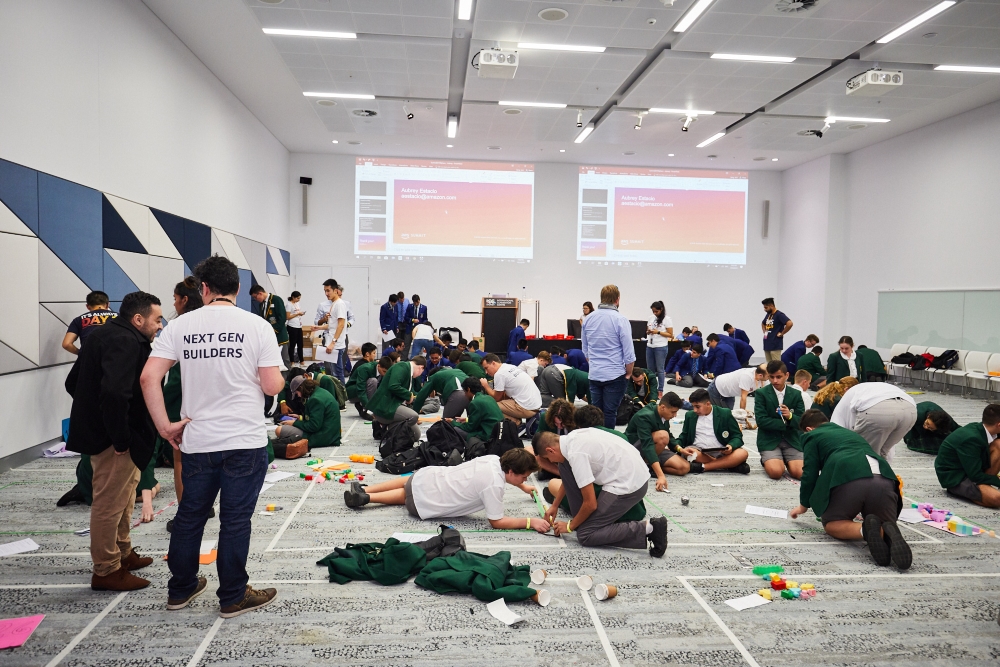 Elizabeth also notes the large number of men in the industry, saying it put her off a potential tech career. However, she changed her mind after seeing a presentation from Canva’s group lead Lisa Miller.

“The presentation was outstanding, and Glenn [Gore] said he’d only ever do a panel if there were two women sitting beside him,” she explains.

“I saw some women in there today who seemed really strong, especially because you usually just see men doing it.”

Stephanie, another year 10 Tangara student, also perceived the industry as mostly male-dominated, but says that wouldn’t put her off a potential career in tech.

“I think there should be more women, and there’s probably only so many men now because that’s the way it’s always been. There seems to be more women getting into it now and they’re really promoting it,” she says.

However, Stephanie is less enthused about a career in coding or developing, saying it looks “kinda stressful” and she’d prefer a different sort of maths-based career, such as engineering.

But for Alex, a 16-year-old student at William Clarke College, a career in tech and development was already on the cards before the Amazon workshops, with the student running his own one-man games-development company, and drumming up support through a Patreon page.

Vignesh, another William Clarke College student, was also keen on a future in tech prior to Student Track, but says although the day opened a “lot of possibilities” for his future career, he found the coding parts somewhat frustrating.

“Programming the robots was a bit frustrating when it didn’t go as planned, there was a lot of trial and error,” he explains.

It’s safe to say when it comes to a career in programming, a lot more frustration might be in store.

SmartCompany travelled to AWS Sydney Summit as a guest of AWS.