Another global startup is setting up shop in Melbourne 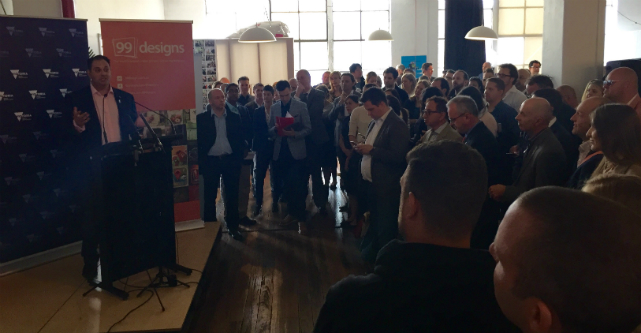 The Victoria government has continued its series of startup coups with another global tech player announcing it will be setting up shop in Melbourne.

Mobile advertising startup PocketMath, which closed a $10 million funding round in 2014, will be establishing an office in the city, adding to its bases in the US, Singapore and UK.

The startup is following in the footsteps of the likes of GoPro, Zendesk and Slack, who have all announced they will be landing in Melbourne in the last six months.

The government has not contributed any funding to entice the startup to come to Melbourne.

Minister for small business, innovation and trade Philip Dalidakis says the new PocketMath office will bring 10-12 jobs to Melbourne, bringing the total amount of jobs created by these international startups to more than 330.

It’s another “huge vote of confidence” in the Melbourne startup sector, Dalidakis says.

“The Andrews Labor government is fostering innovation and creating more high-skill tech jobs in Victoria, encouraging global businesses to invest in our state and create size and scale that will support the local startup ecosystem,” Dalidakis says.

PocketMath claims to be the world’s largest self-service mobile advertising platform, allowing businesses to bid on mobile and tablet advertising in real time.

It was founded in 2011 by three university friends in Texas and commercially launched in 2013.

“We will be looking for talented people to join our ever growing team as we continue to lead the way in the fast moving technology space of media buying,” Smith says.

“If you want to innovate, be in the innovation capitals,” PocketMath tweeted over the weekend.