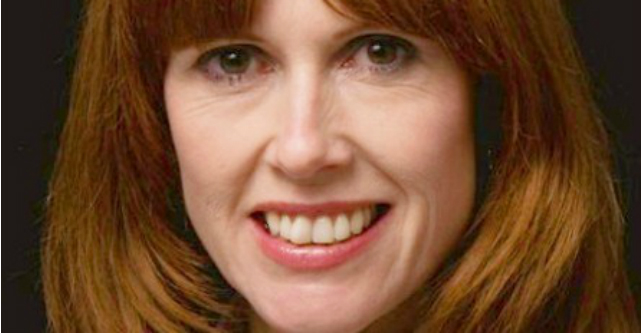 For many founders the road to raising capital usually takes months, if not years, but for Flamingo founder Dr Catriona Wallace the latest part of her journey took just 12 minutes.

The artificial intelligence fintech startup, which is listed on the Australian Securities Exchange through its holding company Cre8tek, raised $5.1 million last month via a share placement to new and existing institutional, professional and sophisticated investors. The oversubscribed round closed after just 12 minutes, with $10 million in bids vying for the 128.1 million in shares that were on offer for 4c each.

“There’s recently been a lot more interest and conversation [in Australia] around artificial intelligence, and this is reflected in the success of this raise,” Wallace tells StartupSmart.

“Like all startup founders I know that raising money is always a difficult task — we were very pleased that the $5.1 million was oversubscribed and mainly our feeling was of happiness and confidence. It gives us a really significant runway into 2018 to prove our next key milestones.”

Read more: How Dr Catriona Wallace turned software startup Flamingo into a $24 million fintech firm about to hit the ASX

Flamingo will use these funds to increase marketing efforts in the rollout of its virtual artificial assistants, called ‘Rosie’ and ‘Maggie’, which use machine-learning to help financial services providers interact with their customers through what Wallace describes as a “conversational commerce platform”.

‘Rosie’ is used for complex customer journeys like sales, quotation, application, and payment taking, while ‘Maggie’ is like a virtual enquiry assistant, able to answer frequently asked questions, Wallace explains.

Last year Flamingo raised $3 million in a round led by Otsana Capital, ahead of listing on the ASX in a merger with listed company Cre8Tek and becoming one of Australia’s first listed startups led, founded and chaired by women.

This fresh funding adds to the previous $2.11 million the startup raised in an angel round in 2014 ahead of its expansion into the US. Flamingo now boasts offices in Sydney and New York and a staff of 30 spread across the two countries.

Since listing, the startup has grown its market capitalisation from $24 million to $42.4 million in the last year, and boasts major clients in the US and Asia-Pacific, including Nationwide Insurance, MetLife Asia, AMP and DirectMoney.

The future of artificial intelligence is bright

Wallace says there’s been a noticeable movement in the the artificial intelligence sector over the last six months in Australia, with the market and investor community showing increased interest in the space.

“We’re really pleased that the market and investor community seems to understand our sector — we’ve really seen movement in the last six months in Australia around investing in AI machine learning-based companies,” she says.

Wallace points to successful capital raises from startups like Sydney AI-enabled fintech startup Hyper Anna, which recently closed a $16 million Series A funding round led by venture capital giant Sequoia China, as evidence of increased investor interest in the space.

While the rising interest in virtual assistants and automated customer service platforms may strike concern in workers worried about their future job security, Wallace maintains machines aren’t out to take anyone’s jobs just yet.

“I have a very strong view that the best application of artificial intelligence will be to augment jobs that humans are doing,” she explains.

“We really see it as an augmentation of humans rather than a replacement of humans.”

Wallace explains that many of Flamingo’s clients are “looking at re-deploying people into other customer-care type roles” rather than phasing these workers out entirely.

Looking to the future, Wallace says Flamingo now hopes to further deploy its virtual assistants in the US market, as part of its “very ambitious” plan to achieve scale in the market towards late 2018.

“We are very aggressively chasing down the US market as our primary focus and getting to scale across the financial services sector in the US is our number one strategy,” she says.