A little goes a long way: Why Atlassian is encouraging startups to pledge 1% of their equity to charity 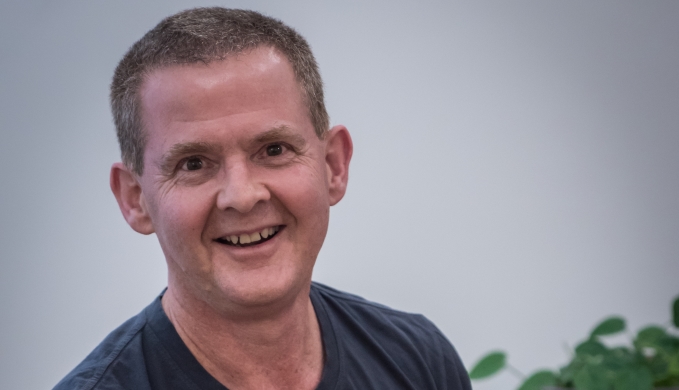 Social impact and philanthropic gestures have long gone hand-in-hand with the world of startups, as billion-dollar companies and investors strive to put their wealth to good use.

Bill and Melinda Gates’ foundation has all but eradicated polio, Salesforce founder Marc Benioff and his wife Lynne have donated millions to healthcare organisations, and Warren Buffett has donated over $40 billion dollars since the turn of the century.

And while this may seem to many like the exclusive realm of the mega-rich and mega-successful, the founders of Aussie startup success story Atlassian say they want every company, big or small, to do their bit for charity.

This is in part because Mike Cannon-Brookes and Scott Farquhar have been doing their bit for charity since the early days of the company, creating the basis for what’s known today as the Atlassian Foundation just a few years after the company’s founding in 2002.

Speaking to StartupSmart, head of the Atlassian Foundation Mark Reading says the two’s philanthropic efforts date back to the SaaS company’s formative years, with the two founders pledging from early on to follow Marc Benioff’s 1-1-1 model of giving back.

This model sees a company pledge 1% of its resources, equity, profit and employee time towards philanthropy and giving back, and to date, the Atlassian Foundation has donated over $23 million to charities and over 37,000 hours of employee time.

Reading says the founders decided “the most impactful” thing they could do was change the lives of disadvantaged youths, choosing to donate to education-focused charities.

However, four years ago, the company decided to kick it up a notch, and partnered with Salesforce and Rally to create a new movement to get other companies involved with the 1-1-1 model.

“We began the Pledge 1% movement to make giving back a core part of more organisations,” Reading says.

“If every single founder embedded giving 1% back into their business model, we could mobilise some serious global resources for social good.”

Reading says the push is based on the founders’ belief business has a huge opportunity to contribute positively to society, and them wanting as many businesses as possible to make a 1% contribution to make it the “new normal”.

“Just the same way you save a portion of equity in a new business for future employees, we want every business to commit just 1% of their equity for good,” he says.

“I couldn’t imagine starting a new business today without investing at least 1% of your resources for good.”

And while 1% may not sound a lot for a small startup in its early days, Reading says as long as its embedded in the company from the beginning, the amount given will scale as the company does.

Due to Atlassian’s long-standing commitment to philanthropy, Reading claims the Atlassian Foundation is the second-largest foundation of its type in the country.

“The earlier you get on board, the easier it is,” he says.

Reading even says the pledge has been a “great business decision” for Atlassian too, though an unintended one, as the company has found it easier to attract great talent due to its prominent dedication to giving back.

As part of the efforts, Farquhar will be participating in the ‘Fastest Executive Race’ for education charity Room to Read in Sydney this week. Though he admits he hasn’t seen Farquhar run, Reading says the word in the Atlassian corridors is the executive has “Buckley’s chance” of coming out on top.

Looking broadly at the social enterprise space in Australia, Reading says there’s definitely “room for improvement” locally compared to efforts being made in the US and the UK.

“We’re probably not as advanced as some other countries, but we’re definitely doing great things. I think it comes down to the whole ecosystem doing its part,” he says.

NOW READ: How tech billionaires are changing the face of philanthropy

For anyone wanting to learn more about the Pledge 1% movement, here’s the website: https://pledge1percent.org/overview.html

Drop in the ocean to the near 50% of GDP that the government mismanages. Change that and we can avoid what are patronising contributions like this. What is the contribution as a percentage of tax avoided by each company. That would be an interesting measure.