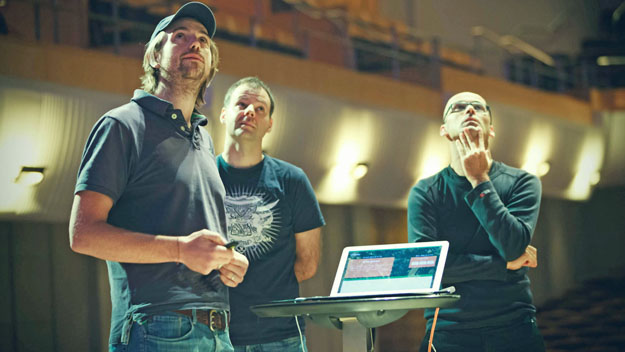 This figure is  significantly higher than this time last year but Atlassian co-founder Scott Farquhar says it has been another strong quarter for the tech company in terms of revenue and customer growth following its massive $8 billion IPO in December last year.

Atlassian’s quarterly revenue has risen by 40% year-on-year to $160 million ($US117.9 million) and the workplace collaboration software company brought on board 3000 new customers for a total of nearly 60,000.

“We had another strong quarter as a public company,” Farquhar says.

“This continued record of growth and positive free cash flow reflects the large markets we play in and the strength of our business model.”

The startup still has a strong cash reserve, with $US723.3 million on the balance sheet.

Atlassian is spending more than ever

Farquhar says the reason that the net loss has increased is due to added spending on R&D and marketing.

Atlassian’s R&D expenses for the third quarter were $US44.7 million, accounting for 38% of revenue, with marketing and sales also taking up $US21.7 million.

Atlassian chief financial officer Murray Demo says the company is willing to take a hit in short-term financials in order to prepare for future growth.

“We’re going to continue to invest in our business which means head count, and we do have some plans around some additional marketing spend and other project expenses in the fourth quarter,” Demo says.

“We continue to invest in R&D. Obviously it’s the lifeblood of the company. It’s critical to our future success.”

The two biggest events of the quarter weren’t financial

In the investor conference call, Farquhar pointed to two “notable” events in the quarter that the company is most proud of.

The first was Atlassian taking the “unprecedented” step of revealing its internal diversity figures in terms of teams, and pledging to do better.

The stats showed that women only make up a quarter of Atlassian’s global workforce, 14% of its technical teams and 24% of its leadership positions.

“The benefit of diversity is ensuring that different backgrounds and ways of thinking are representative of every decision that we make in every team in the company,” he says.

“By reporting diversity at the team level rather than the traditionally reported corporate-level data we provide a clearer picture into how well diversity is spread throughout the company.

“We sincerely hope that other companies adopt this focus on team-level representation.”

The other key event according to the founders was Atlassian being named the ‘best place to work’ in the Netherlands and across Asia by the Great Place to Work organisation.

“Atlassian is now the best place to work across the Asia-Pacific, Europe and the United States,” Farquhar says.

“Mike and I have a long-term focus on creating a workplace where great teams thrive, and this external recognition shows that we’re well on our way.”

Big things are predicted for the next quarter

In the financial results, Atlassian also increased its estimates for the fourth quarter, above analysts’ expectations.

The company now predicts revenue of between $US123 and $US125 million for the quarter and a total of up to $US454 for the full fiscal year.

With the continual big spending on R&D, the company is only set for bigger things in the future, Atlassian co-founder Mike Cannon-Brookes says.

“This past quarter marked our 14th anniversary as a company and we truly believe that we are just getting started,” he says.

“Scott and I feel extremely proud of the more than 1600 Atlassians who are changing the face of team collaboration.

“Our customers tell us our products make working across and within their teams easier, more productive and more enjoyable.

“It’s what inspired us 14 years ago and what still inspires us today.”