Australia falls further behind in the global innovation race: “If we don’t move fast the consequences will be significant” 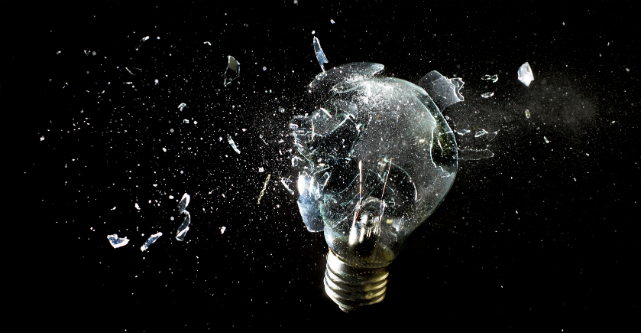 Australia is falling further behind in the global innovation race due to an inability to commercialise ideas, a new international study says.

Australia has fallen a further two places in the Global Innovation Index to be 19th in the world, ranking especially poorly in terms of innovation outputs.

The Global Innovation Index, a joint venture between Cornell University, INSEAD and the World Intellectual Property Organisation, has been running for nine years and ranks each country’s economy in terms of innovation inputs like institutions, research and infrastructure as well as innovation outputs like tech companies.

For 2016 Australia has received an overall innovation index of 53.1 out of 128, ranking highly in terms of regulatory quality, school life expectancy, tertiary education and infrastructure.

A.T Kearney partner Nigel Andrade, a partner of the Index, says that despite having a world-leading environment for innovation, Australia struggles to transform this into profitable businesses.

“Australia is performing well globally when it comes to providing the right environment for innovation but needs to get better at successfully converting its innovation capabilities into tangible technological and creative outputs that drive future revenue if we are to reach our full potential,” Andrade says.

“These results highlight the importance of the Australian government’s sustained focus on innovation as a key driver of economic growth, and pinpoint the need to improve its innovation results.”

The problem lies with commercialising ideas into sustainable and profitable businesses that help to drive the economy, URGE CEO Dean Steingold says, and the government urgently needs to address this issue.

“Australia has always been a hotbed of science and innovation but we’ve historically been less successful at commercialising it to the world,” Steingold says.

“It would be nice if the government backed up more of its ideas boom rhetoric with real policy and focus on improving conditions for early-stage businesses.”

Switzerland topped the innovation list for the second year in a row, followed by Sweden, the UK, the US and Finland.

Australia now places below New Zealand, which sits at 17th in the world.

Australia risks falling too far behind the rest of the world and missing out on the opportunities presented by digital disruption, SafetyCulture founder and CEO Luke Anear says.

“We need tech friendly policies to encourage companies to innovate in Australia. Government policy needs to encourage innovation and be prepared for the wave of disruption that is coming.

“The cost of taking an idea to a global market is now lower than ever. It is 10 times lower than it was 20 years ago.

“This is an unprecedented opportunity but if we don’t move fast the consequences will be significant.”

Anear says Australian needs to prepare its local workforce for digital change as well as look overseas for outside talent.

“We need to cultivate talent and prepare our workforce for the jobs of tomorrow, and we need to attract overseas companies to Australia, both for R&D purposes and product development,” he says.

“The quality of engineers that Australia produces is high but we have too few of them – 22,000 of them are in Silicon Valley because we don’t have the opportunities for them here.”

Shootsta CEO Mike Pritchett says more Australian founders need to think globally to help the country climb back up in the rankings.

“A lot of Australians stay focused on the small market that is in our own backyard,” Pritchett says.

“Many young Australians that may be inspired to work in innovative fields feel that their ideas must have been done somewhere overseas already. We are such a small market here in Australia which makes funding very difficult and also makes launching into international markets a very daunting task for most.

“The more support we have for entrepreneurs and innovators and the more we can connect them with investors the more we will see growth in this index.”

Andrade says that a lot of the responsibility lies with corporates, and action needs to be taken quickly.

“Rather than offering lip service to innovation, corporate leaders must be more methodical in building innovation into their end-to-end management systems, including outlining how innovation is defined, measured and rewarded, as well as how it is developed and unleashed,” he says.

“The next decade will reset Australia’s trajectory, with significant implications for generations of future Australians.

“The key question is can Australia rise to the innovation challenge and realise its full potential?”