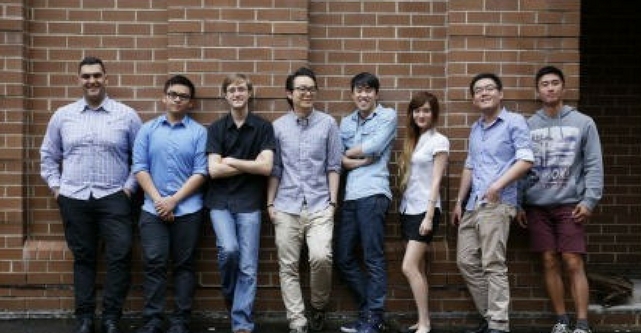 ESports media startup GAMURS has raised $3.5 million in a seed funding round led by Aura Funds Management, and founder and chief executive Riad Chikhani says the company has expansion into Asia in its sights.

Since being founded in 2014 and officially launching in 2015, GAMURS started life as a social platform for gaming enthusiasts to share content, keep up to date with news, and integrate all their gaming accounts in one place.

The startup has since grown into an eSports media heavyweight; the company boasted 3.5 million monthly active users in August this year, having grown its users base 120% from the beginning of 2017, Chikhani says.

The company records 200,000 visits to its site each day, and now employs a team of 35 employees across offices in Sydney and Austin, Texas.

This raise comes after the brand consolidated its eSports market share by acquiring gaming news website Dot Esports in late 2016 to expand its offerings to produce editorial gaming content.

The startup has raised $5 million across previous seed funding rounds from the likes of Artesian Capital, Perle Ventures, and angel investor Peter Aslan, and has also received $30,000 in funding as part of the NRMA Jumpstart accelerator program.

Chikhani says this $3.5 million seed funding round will be used to continue to develop GAMURS’ current eSports media content offerings, and to start localising and offering its content in different countries, with a focus on Asian markets.

The eSports market is a rapidly growing industry, which Chikhani says currently captures a market of 1.8 billion people worldwide.

The startup has its sights set on taking a chunk of that market by aiming to have 10 million monthly active users by the end of 2018 — a figure Chikhani is confident the startup will hit given the size of the potential market.

“Ultimately, we will surpass this 10 million figure and continue growing into the future,” he tells StartupSmart.

GAMURS is not Chikhani’s first foray into startups; the entrepreneur launched his first startup, Runescape gaming community platform RuneGear, in 2010 at age 14.

At age 17, Chikhani had his first exit, selling Rune Gear for an undisclosed sum after it had amassed 5 million yearly site views and had over 16,000 members in its community, according to the founder.

Two years later, at the age of 19, Chikhani founded GAMURS, inspired by his experience with Rune Gear.

“I realised gamers and players needed a place to connect and share with like-minded people, and that’s why we began building a gaming social network. Facebook simply wasn’t providing the gamers with adequate resources to communicate, which isn’t the case anymore,” he says.

Chikhani is also the co-founder of Skrilla, an eSports betting startup that he partnered with social betting app Puntaa to create.

“Fundraising should not be the goal”

This background in entrepreneurship has taught Chikhani some important lessons about being a sole founder and raising capital.

While Chikhani said that raising funds “was quite a straightforward process” this time around, it was important for the startup to “find a great partner”, which he says it did with Aura Funds Management.

Despite the ease of this raise, Chikhani urges startups to see that “fundraising is simply a means to an end”, unless they are finding strategic partners who can help grow the business in step with the founders.

“It’s so cliche, but fundraising should not be the goal,” he says.

Chikhani advises startups to take a measured and pragmatic approach to fundraising, rather than simply raising as much as they can from investors.

“My best tip is to raise 20% more capital than you need to achieve a certain milestone, and then ensure you do not overspend,” he says.

Chikhani says his experience has also taught him the importance of keeping good documentation and clear metrics to track and rely on, paying attention to employee morale, and remaining credible by delivering what’s promised.

He says the key to building a successful startup is to be constantly trying new things and challenging assumptions.

“As soon as you have a hypothesis, validate [or invalidate] it as soon as possible!” he says.

“Whether that’s by talking to people, consuming data, sending surveys, building prototypes, [or] testing, every legitimate hypothesis and idea you have needs to be disproven or validated and documented. That is the key to building a successful business.”