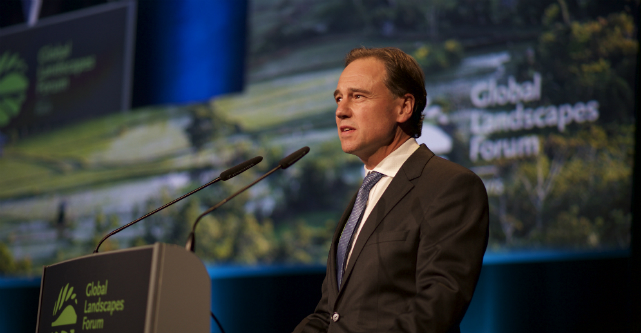 The former environment minister was moved into the role as part of Turnbull’s ministry reshuffle, replacing minister for industry, innovation and science Christopher Pyne, who will be moving to defence industry.

Hunt has served as the minister for the environment since 2013 and was first elected 15 years ago after working for McKinsey and Company.

It’s positive for the startup ecosystem that someone of Hunt’s seniority is now overseeing the innovation portfolio, StartupAUS CEO Alex McCauley says.

“Greg Hunt is one of the government’s most senior frontbenchers,” McCauley says.

“He is experienced, credible and capable. He has worked across portfolio and in the private sector, and his appointment to this role is a clear and welcome sign that innovation policy remains at the top of the Turnbull government’s economic agenda.

“We look forward to working with him to help build and implement a bold and ambitious innovation agenda.”

“ATP Innovations look forward to working with Mr Hunt and his deputy to support and promote deep-technology startups and help shift Australia to an innovation-driven economy.”

“Greg Hunt is a strong choice to champion the innovation agenda,” Read says.

“From my personal experience with Greg I feel that he will be able to set the right pace for the government.”

As part of the reshuffle, Craig Laundy will be taking over ousted MP Wyatt Roy’s role as assistant minister for innovation, while Michael McCormack will become the new minister for small business and Dan Tehan will adopt a new role as the minister assisting the prime minister for cyber security.

Melbourne Accelerator Program deputy director Clare Harding says she hopes the reshuffle will mark a new period of stability following the uncertainty of the extended election.

“The announcement of the new frontbench puts the uncertainty of the last few months behind us,” Harding says.

“MAP looks forward to seeing the Coalition advance its innovation agenda and hopes for concrete measures that will foster a more vibrant entrepreneurial culture across Australia.”

McCauley says he hopes Laundy will follow in the footsteps of startup advocates Roy and Labor’s Ed Husic.

“Both men were welcomed as honorary members of the startup communities around the country and we look forward to welcoming Craig Laundy with equal enthusiasm,” he says.

“This is a great frontbench job, you meet fantastic people and you don’t have to wear a tie to work every day.”

But Brosa co-founder Ivan Lim says the departure of Pyne and Roy from the innovation portfolio puts the government’s agenda at risk.

“The answer the Aussie startup community is now seeking will be clarity around the National Innovation and Science Agenda,” Lim says.

“Will any aspects of the agenda change? It was spearheaded by Turnbull and his innovation team who are now no longer part of the picture.”

The incoming ministers need to ensure that they meet with the community and have a complete understanding of the innovation space, he says.

“Greg Hunt and Craig Laundy will need to make it clear about its short-term and long-term prospects in continuing the discourse,” Lim says.

“As the new ministers are coming in cold, they need to figure out how to tap into the ecosystem from a micro and macro point of view. This will be their major challenge.

“They need to understand the space.”