Australian startup community welcomes the early election: “It will be good to get this over and done with” 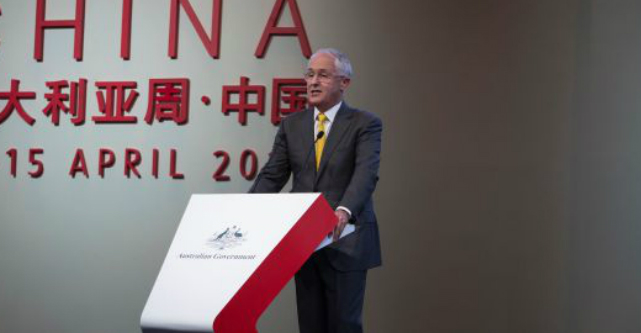 Members of the Australian startup community have welcomed the impending early election, saying it’s an “opportunity” to see some tangible policies and “get it over with”.

Australians are set to head to the polls early on July 2 after Malcolm Turnbull was handed a double dissolution trigger earlier this week by the Senate.

If he stays true to his word, Turnbull will officially call the election following the May budget.

Aside from last December’s innovation statement, the government is yet to reveal any further innovation policies, and Signal Ventures general partner Atlanta Daniel says the elongated election campaign is a chance to see some actual initiatives.

“It’s a great opportunity for both the government and opposition to address a number of issues in our industry over the next eight weeks,” Daniel tells StartupSmart.

“Apart from the government’s $1 billion agenda for the national budget we haven’t seen an election policy for innovation yet, so it’s hard to say what this early election will mean for startups.”

It will also mean that the startup community will get some measure of stability in policy soon, Sydney Angels investor Adrian Bunter says.

“Heading to the polls earlier will initially be a distraction to everyone in the startup and investor community but at the same time it will be good to get this over and done with so entrepreneurs and investors can go back to getting on with things, irrespective of what is going on in Parliament,” Bunter tells StartupSmart.

“Ultimately we need consistency and stability in policy and actual implementation of thigns that have been proposed and then to give them a chance to work.”

“The sooner we get a stable, startup friendly government in place the better it is for all Aussie entrepreneurs,” Thompson says.

“If you think 11 weeks is a long election campaign, it’s an even longer time in startup world.”

StartupAUS CEO Alex McCauley says the next 11 weeks of election campaigning will be crucial for the Australian startup ecosystem.

“This is a critical time for Australia to focus on reshaping our economy to capitalise on the vast opportunities that technology presents,” McCauley tells StartupSmart.

“There is a lot more we need to do and an election will give both parties an opportunity to further develop their vision for Australia’s economic future.

But startup advisor and investor Anne-Marie Elias says that if the last five months are anything to go by, the ecosystem shouldn’t get its hopes up about the upcoming election.

“After all the frenzy and excitement of announcing the innovation statement we landed in January with a few home truths: most of the announcements were not going to take effect until July. This stuffed up the whole investment rhythm for startups, delaying investment for six months,” Elias says.

“We should have had a manifesto put out by all the parties but we don’t because we are still in a haze – we’re still drinking the kool-aid and hoping that something real will eventuate.

“It’s up to us. We should be talking to candidates that have been preselected and bringing them into our tents before they drink the kool-aid too.”

Hopes for the election campaign

“We’re competing in a global ecosystem so the best policies will remove restrictions on Australians that hinder us being competitive,” she says.

“I’d also love to hear policy reform around visas for entrepreneurs and experienced mentors, and perhaps more updates to the ESVCLP that encourage global competitiveness.”

There needs to be a focus on a range of important factors to improve Australia’s economy, McCauley says.

“We need to see a continued focus on attracting world-leading technology talent to Australia, developing the skills our workforce will need as the economy transitions in coming years, connecting our university researchers with the private sector and making capital more readily available to technology startups.”

For Melbourne Accelerator Program director Rohan Workman, the bipartisan support shown by the government and opposition for innovation policies is a positive sign for the future.

“The startup community should be excited in that for the first time there is a bipartisan race to the top in terms of innovation and entrepreneurship policy,” Workman says.