Australian startups still concerned over 457 visa changes: “I’m all for an ‘Australian first’ approach, but I think we’re getting it wrong” 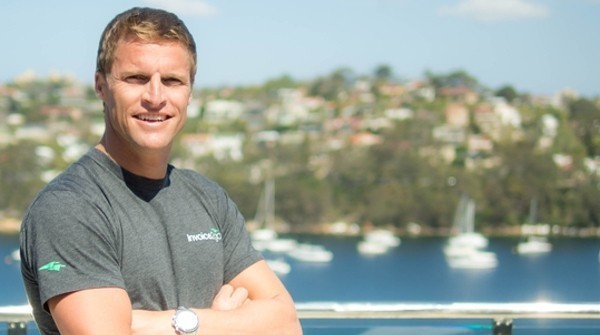 Aussie startups have once again been pulled into the national spotlight as discussions around the government’s proposed changes to 457 visas commenced again this week.

The focus comes ahead of a new report being released by the Department of Immigration, which is tipped to be released soon and will include responses to submissions the government took earlier this year upon announcing the drastic changes.

Atlassian boss Scott Farquhar has done a line of interviews with Fairfax and The Australian ahead of the report, calling for the government to dial back the proposed changes, which he believes will stunt the growth of local tech companies and make it less attractive for international talent emigrating to Australia.

“We need to be making it attractive for these people to come to Australia and instead we are sending out a message that we don’t want them and that even if their family likes it here they may not be allowed to stay,” Farquhar told Fairfax.

The government announced plans to tighten the conditions for 457 visas in April this year, stoking the Aussie startup scene into furore as many questioning the long-term impact of the changes on the tech sector.

The government’s new proposal shortened the list of eligible occupations for the visas, strengthened English tests for visa holders and separated the program into a two-year short term skilled migrant category and a four-year medium term visa. For workers falling into the short-term, two-year scheme, the visa holds no path to permanent residency.

Atlassian has also responded to claims that the company hires few graduates and prefers international talent, with some believing the company should be focusing more efforts on training local talent rather than raising concerns over 457 visas. Co-founder Scott Farquhar says the claims Atlassian is importing talent from overseas because it’s easier than training locally are “simply untrue”.

While often touted as the poster child for Australian tech startups, Atlassian is far from the only player who may be affected by the proposed visa changes. Prominent investor Steve Baxter has previously warned against the changes, and StartupSmart has spoken to a number of Australian startup founders who also have concerns.

Chris Strode, founder of invoicing app startup Invoice2Go, agrees that Australia has a talent shortage, especially when it comes to individuals who have spent time in fast-growth companies that are looking to scale globally.

“We have a lot of great talent in Australia, but we don’t have the people on the ground here who have been there, done that on a global scale,” he tells StartupSmart.

While Strode agrees that local talent should be trained and fostered, he believes an influx of international talent helps this, saying his team “soaks up knowledge and perspectives from the brightest minds from the around the world” thanks to their international hires.

Strode is also concerned about a potential “lag” as current startups wait for skilled employees to come through the system.

“I’m all for an ‘Australian first’ approach, but I think we’re getting it wrong in this case. The best way to secure a bright future for Australians is to help the local tech industry in every way we can, not stack the odds against it,” he says.

“We’re lucky enough that Australia is a place that people want to come and live, we should take advantage of that and keep bringing talented people here so that the next big tech company is an Australian one.”

Chief executive of equity crowdfunding startup Equitise Chris Gilbert agrees with Strode’s sentiments around the lack of talent available for companies looking to scale, saying a local talent shortage is a “clear challenge” for Aussie startups to overcome. One-quarter of Equitise’s employees are international hires, which the company embraces.

“We always employ the best people at Equitise and we strongly believe that limiting the scope of whom we can hire will be detrimental to the ongoing growth of our business as we are unnecessarily distracted with more strenuous recruitment practices,” Gilbert says.

“We 100 percent believe there is a shortage of talent in tech in Australia and it can be very difficult to hire talented full-time tech employees here. When you do find someone that is a good fit for the business you are also often competing with many other startups and tech companies.”

Resoundingly, the proposed limitation to the 457 visa scheme were viewed as “dire”, “extremely disheartening”, and likely to have the overall effect of driving talent away from the Australian startup scheme. Talent shortage was also viewed as a serious problem by the majority of the founders, with concerns raised around the competition for talent in the local ecosystem, with demand not just coming from startups, but banks and other large organisations.

“When we advertise for a job for our company we get 10+ migrant applicants for every local Australian,” says Wes Sonnenreich, co-chief executive of “deep tech” startup Intersective.

With the government’s report yet to be released, the contents of the final legislation that will be put to Parliament around the 457 visa changes is not yet finalised. One thing is clear, however, many local startups believe limitations around attracting international talent will have a negative impact on their business.

457’s are utterly abused in the IT/ICT area, its amazing that it and its replacement scheme was so smart people can fill roles where there is no qualified people in Oz, amazing how they all come from india, and not Europe or the US, and its amazing that of all our telco techs we have none suitable, and a system admin list i’m on has dozens and dozens of highly qualified admins seeking jobs in areas theyve lost due to buyouts and business closures, yet, the rorters still need to import from india… yeah… riiiiiiiiight. just like all those highly skilled cash register operators certain chains need to import indians for because, like thats such a highly experience requiring job that none of our million unemployed perm residents qualify for.

In my opinion Startups should commence using the Entrepreneur visa once the new guidelines are announced with the anticipated changes who can invest the $ 200000. Right now it is restricted to the State Government and registered VCs with the Commonwealth Government.

Let’s be very real here, there is a glaring deficiency in Australia’s entire attitude towards Digital. We have completely misread the picture.
The past 20 years has seen the majority of business in Oz disrespecting the digital revolution, trivializing it and misunderstanding the significance of it.
We need to get our skates on and develop local talent, time to wake up Australia.

This Atlassian guy said: “we’ve hired more tech professionals from Europe than we have the US”. And I guess we can presume he’s not talking about French, German, Italian or Spanish hires but these are British. One thing Australia does not need here are more British. Currently they seem to be the largest immigrant group (around 3m plus). They appear to have manipulated control of job recruiting agencies hence they’re bringing in all their pink, pommie buddies. AU needs to start pushing back on this Brit-trash influence. English is spoken here right? Well who can understand all these East Ender, taxi driver, Jamie Olivier Brit-trash accents you hear around here?