Some of the women participating in the Office Hours project. Source: Supplied

Some of Australia’s most prominent venture capital associations have banded together to show their support for female founders through a series of one-on-one coaching sessions on March 8, International Women’s Day.

The concept is being spearheaded by rampersand’s head of growth (and former StartupSmart reporter) Rose Powell and Square Peg’s head of community Imogen Baxter.

Speaking to StartupSmart, Baxter said the idea for Office Hours came about after she and Powell were chatting over coffee, discussing how to help women build more successful businesses.

In addition to the one-on-one sessions on the day, the team will also host a number of group workshopping sessions, with the aim of founders leaving “armed with some practical advice and a handful of friends that they can add to their network”.

“We think the format lends itself really nicely to this; Office Hours provide founders time for one-on-one sessions with a leading VC, which the workshops will connect a group of peers together,” Baxter says.

The day will also finish with celebratory drinks, to which both men and women are invited to. 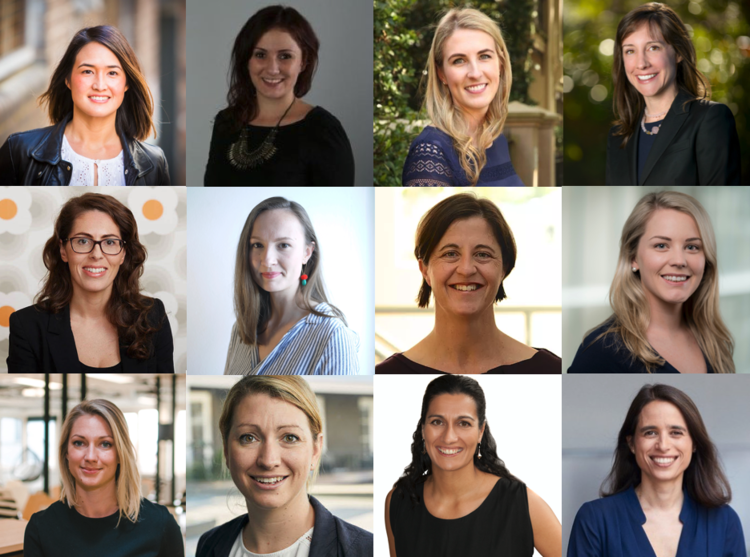 Help StartupSmart celebrate International Women’s Day by nominating a woman who inspires you in your career here.

Diversity on the up as BlueChilli reveals gender stats

Diversity is an ongoing issue in the startup and wider tech sector, and while the most recent Startup Muster report showed an uptick in the number of women founders in Australia at 25.4% — up from 23.5% last year — female founders are still woefully underrepresented in the space.

This is despite constant pushes from local advocates, and wider discussions on issues such as discrimination, harassment, and inequality, include via the #metoo movement.

A recent study from Pitchbook, published by Fortune, showed that in 2017, only 2.2% of the $US85 billion ($108 billion) of global venture capital funding went the way of female founders, and just 4.4% of deals went to female founders.

As mentioned on the Office Hours’s website, the Australian startup scene fares much better than the global average, with a recent Fairfax study estimating 26% of the companies invested in by nine of Australia’s top investment funds had female founders or co-founders.

Out of the funds participating in this initiative, rampersand says it sees just 14% female founders; Baxter says 44% of Square Peg’s Australian portfolio companies have female chief executives or co-founders; Blue Sky has 25%, according to Fairfax; and Blackbird has 18%.

Baxter says the local trend of Australian venture capitalists investing more and more in female founders is encouraging, and it has “never been more on the radar” as many funds are introducing quotas or initiatives to increase the number of female founders.

“One thing we know for sure is the startup community is full of very exciting founders, many of whom are women. Women founders are going to continue to thrive, and raise, and inevitably inspire more women to enter tech and even start their own businesses,” she says.

“It’s a really exciting time to be building a software startup.”

The efforts are also expanding beyond the venture capital space, with prominent accelerator BlueChilli telling StartupSmart that of the 110 startups invested in through its program in the last six years, 30% have female founders. However, in 2017, 50% of the companies invested in were founded or co-founded by women.

“A thing you learn working closely with even the most exceptional founders is their lives are full of challenges to overcome. Your problems or challenges right now vary based on the founder, their industry and stage,” Baxter says

“We want to increase the number of successful women-led businesses. By collaborating together, we believe that creating a community of women helping women will speed up the pace of change in Australia, for the benefit of all,” the Office Hours website states.