Here are Australia’s 24 most active startup accelerators and incubators

WallSync is one of the startups to graduate from the University of Technology Sydney's (UTS) Hatchery+ accelerator program. Source: Supplied

The number of Australian accelerators and incubators has exploded over the last few years, and a recent study from Sydney-based venture capital fund Artesian has revealed the level of activity in some of Australia’s hottest.

Artesian has looked at publicly available data about the number of startups that have passed through these accelerators since their openings and compiled a list of Australia’s most active accelerators and incubators, with a number of familiar names taking top spots.

Following closely behind is the University of Queensland’s ilab accelerator with 75 successful startups having gone through the program, and Telstra-backed accelerator muru-D, with 74 startups through its doors.

Familiar names such as Techstars, Runway Geelong, Startmate, and SproutXt all appear on the list.

The full list of Australia’s most active incubators and accelerators can be seen below. 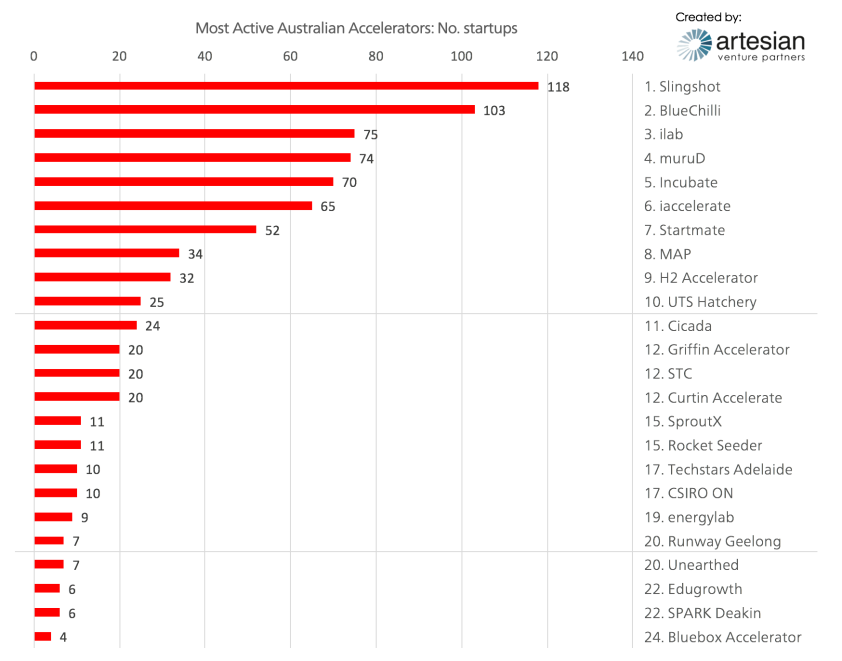 What about number of successful startups?