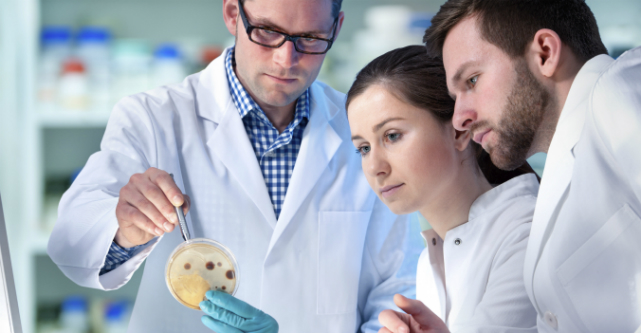 Women are substantially disadvantaged across Australia both in terms of earning capacity and education in STEM fields, Australia’s first comprehensive study in the area reports.

In a new study released by the Office of Chief Scientist, women were found to make up less than a third of STEM university graduates, while the physics, astronomy and engineering industries presented even lower numbers.

“More worrying than the gender imbalance in some STEM fields, was the pay gap between men and women in all STEM fields,” Australia’s Chief Scientist Alan Finkel says.

“These differences cannot be fully explained by having children or by the increased proportion of women working part-time.”

Areas female graduates dominate in are the healthcare and social assistance space, making up 60% of the workforce.

But women lag behind in most other sectors such as engineering where they represent just 13% of the workforce.

The study indicates that completing doctorate-level STEM qualifications can be more financially rewarding with a high percentage of these graduates earning more than $100,000 a year.

But three times more men fell into this top income bracket than women with the same qualifications.

The study also found that STEM PhD holders are less likely to start their own businesses or work in the private sector.

Analysis of the age of STEM graduates reveals that the male workforce is considerably older while the female population is much younger showing a small emergence of women entering these fields at university and in their careers.

“A STEM qualification fosters skills in areas such as creativity and critical thinking,” the Australia’s STEM Workforce study says.

Businesses utilising STEM skills are almost 60% more likely to be innovative according to the study.

Initiatives like Tech Girls Movement, Code the Future and Rails Girls Summer of Code are actively working to address gender disparity in STEM fields by inspiring and empowering women and young girls to pursue education and careers in these fields.

With ICT being one of the biggest employers of STEM graduates, organisations like Code the Future help inform school students at early ages about the possibilities and pipeline employment opportunities outside their career counsellor’s office.

“The challenge we have is that coding knowledge is quite scarce and to make it broadly available at a high quality level, we are going to have to engage existing developers with school teachers,” Code the Future co-founder Will Egan tells StartupSmart.

With the study confirming STEM education leads to a wide range of jobs into the future and high paying salaries, Finkel says that more needs to be done to ensure all students are prepared to take on these opportunities.

“Although there has been improvement over the years we have not achieved the necessary equity goal,” Finkel told the ABC.

“The effort needs to be increased and maintained.”