What’s the average age of a successful Australian startup founder? And how do we fare against the stereotype? 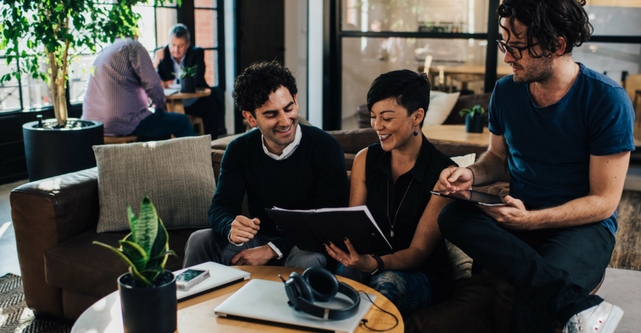 Despite the increasingly successful efforts to increase diversity and equality across the startup scene globally and at home, for everyday punters, the stereotype of a ‘typical’ startup founder is still likely to be a 20-something white male, inevitably in a hoodie.

For those of us ingrained in the scene, we know (with some exceptions) this stereotype isn’t all that accurate. Startups are regularly founded by older entrepreneurs, and an increasing number of women are entering the space. Slowly, but surely, the perception of startupland being inundated by “tech bros” is being dispelled.

However, that stereotype of the ‘young’ startup founder still ingrained in the public profile of Silicon Valley. Look no further than HBO’s intentionally exaggerated show of the same name for an example, or at the founders of some of the world’s biggest tech companies, such as 33-year-old Mark Zuckerberg or the two mid-twenties founders of $11.5 billion fintech Stripe.

Or closer to home, where a significant chunk of the tech founders on 2017’s Young Rich List are under the age of 35, including Afterpay co-founder Nick Molnar at 27, and Canva’s founding duo Melanie Perkins and Cliff Obrecht at 30 and 31, respectively.

And with the aforementioned pale-faced Zuck receiving an absolute grilling by the media and the public after a recent appearance before US Congress, the stereotype’s prevalence may have never been stronger than it is now.

A recent survey out of the US has made an effort to dispel this stereotype as exactly that, with a report by TechCrunch explaining how a new National Bureau of Economic Research study shows the average age of a ‘successful’ startup founder in the States sits at at 41.9. The mark of being successful, according to the NBER, was to have at least one employee.

However, when the top 0.1 percent of highest-growth startups were assessed, the average founder age bumped up to 45, reports TechCrunch, although the age did decrease when considering venture capital-backed firms.

“The only category where the mean ages appear (modestly) below age 40 is when the firm has VC-backing. The youngest category is VC-backed firms in New York, where the mean founder age was 38.7,” the report found.

At the crux of it, the NBER’s report not only found that older entrepreneurs were the most successful, but younger founders were markedly less successful, reports TechCrunch. The researchers put the disparity down to a lack of experience.

The question then posed by the report is why do VC firms tend to typically favour and fund younger founders?

But my question is a bit different: do Australia’s founders stack up against the Silicon Valley average, or are we subject to the same stereotype?

What is a successful startup?

The NBER’s measurements of success involve founders who have at least one employee, or a selection of companies it deems ‘high-growth’. In Australia there is a lack of comprehensive data on both of these points, bar the annual Startup Muster survey, which shows the average age of Australian founders with 1-5 employees is 40, says co-founder Murray Hurps.

Despite the much needed data-hole filled by the Startup Muster survey, the 2017 survey fielded responses from 1184 startup founders, which according to estimates by Blackbird founder Rick Baker in 2014, is just shy of the number of startups founded in a single year in the Australian ecosystem. Baker estimated at the time around 1200 startups were founded in 2014, but this number is likely to be significantly higher four years later.

So with this incomplete view, we have to use a different mark of ‘success’ for startups in the ecosystem.

While receiving VC funding certainly does not ensure a startup’s success, it does indicate a level of confidence in the product and the founding team. So StartupSmart put a call out to some of Australia’s largest VC funds and accelerators to try and get an idea of the typical age of a ‘successful’ Australian startup founder.

Almost none of the 15 funds and accelerators we approached had the data on hand when asked, and many had to manually collate it from their files. Numerous funds said they could not provide the data, while a partner at one Australia’s largest funds provided StartupSmart with just a list of ‘guesstimates’ of each of their founders’ ages.

But from the ages provided to StartupSmart, and including data from a StartupAUS report for the Department of Industry on the average age of a ‘scale-up’ founder, the average age of startup founders in Australia who have either received funding or gone through an accelerator program is 34.3 years old.

Broken out to just data from VC funds, that number jumps slightly to 35.1 years old. However, Startup Muster’s report paints a slightly different picture; based on responses from 126 founders, the average age of a founder who had received funding came in at 40.

With all these data points considered, the all-round average age for a ‘successful’ startup (with success measured in many different ways) is 37.2 years old.

What does this tell us?

Compared to US founders, this data shows ‘successful’ Aussie founders are between five to 10 years younger than their US counterparts, depending on how one interprets success. However, the average age is still a long shot from the prevailing stereotype of a 20-something founder, and shows many startups are founded by experienced founders well into their thirties.

“It’s a bit of a myth that all or even most successful startup founders are young, even though we love seeing them and have invested in several,” Paul Naphtali, partner at VC firm Rampersand tells StartupSmart.

“The most common pattern we see across the Australian venture sector is founders with a bit more working and life experience are more successful both at raising and at building companies, but how quickly someone learns is as or more important than their starting age, and while there’s no substitute for experience when it comes to building and growing, it’s also important to remain open minded, curious and determined. ”

I am aware this method of data collecting is highly unscientific, and for any researchers or analysts reading, I apologise. But the difficulty and sporadicism of the data around Australian founders ages is indicative of the (ironically) well-documented issue of the lack of data in the Australian startup scene.

The data-gap has been called “shocking”, and Monica Wulff, co-founder of Startup Muster, told StartupSmart last year it is “one of the biggest issues in the startup community”. And while Startup Muster itself is doing a phenomenal effort in eradicating the Australian startup ecosystem’s black holes, it’s clear we have a long way to go yet.

Starter-upperers can be from any age, sex or ethnic group. The majority also have another established business. Mostly, they keep quiet about it, too. If start-ups succeed, they are mainly flipped to larger existing players in their sector, who can thereby save time by acquiring a unit in a niche where they need more presence. The sweaty one-man-band start-up heroes in an anorak who know bugger-all about bugger-all, if not a complete myth, are probably no more than 1% of all startups in total.