Betting startup that landed a $200,000 deal on Shark Tank accused of copying Punters.com.au 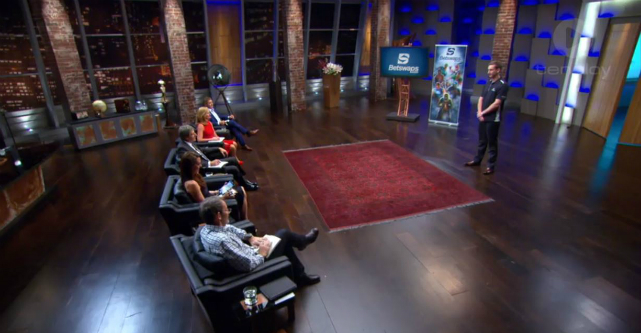 An online betting startup that scored a $200,000 deal on Shark Tank has been accused of copying the promotional materials of a similar business that has been operating in the same industry since 2008.

Betswaps made an appearance on Shark Tank over the weekend, claiming to be the “world’s first sports tipping marketplace”.

Founder Michael Timbs managed to convince judges Steve Baxter and Glen Richards to team up and invest $200,000 in his business in exchange for 15% equity.

However, Betswap’s claim of being the first sports tipping marketplace has drawn the ire of another Australian betting company, Punters.com.au.

Punters was originally created in 2006 and established as a company called Punters Paradise two years later in September 2008, with Kagan Powell holding 60% of the business and current chief executive Luc Pettett holding a 40% share. The business was rebranded to Punters two years ago.

Betswaps officially launched in March this year, although the Shark Tank episode was filmed towards the end of 2015.

Pettett told SmartCompany Betswap’s tagline and promotional video is eerily similar to his own business.

“It’s hard to figure out who to listen to,” the Betswaps ad says.

“At Betswaps, we are the world’s first sports tipping marketplace. Imagine having the world’s best sports tipsters on one site. Well, that’s us. We rank and identify the top tipsters from our community.”

However, its promotional video was published on YouTube in January 2013, while Betswap’s was uploaded to YouTube in May 2014.

“It’s hard to figure out who to listen to,” the Punters ad says.

“At Punters Paradise, we’ve built the world’s first tipping marketplace. By tracking the tipping performance of each user, we rank and identify the top tippers from our community.”

Punters also claims some of Betswap’s imagery in the video is too similar to its artwork.

Pettett says he was surprised to see how similar the imagery and taglines are.

“We always welcome competition and encourage entrepreneurs where we can, but it’s embarrassing when businesses just mimic the original efforts of others,” Pettett says.

“It doesn’t seem sustainable to me.”

Asked whether he will take legal action, Pettett says he isn’t ruling it out but will first contact Betswaps and ask the company to take down the video.

Michael Timbs, founder and chief executive of Betswaps, told SmartCompany while he does see the similarity between the two ads, his business did not copy Punters.

“I can see some similarities,” Timbs says. “But we’re operating in the same space.”

“The biggest point for me is that Punters have known about us for a long time. They’ve always been super supportive. They’ve got my number and we’ve been in contact plenty of times before. I was a little surprised, if they had a genuine issue they could have picked up the phone.”

Timbs says the promotional video in question was outsourced and produced in India.

“We bootstrapped the whole business from a $10,000 credit card loan,” he says.

“We sent a script over about what we do [to India] and had four or five iterations with them. It’s been on our homepage for over a year and Punters have never brought it up.”