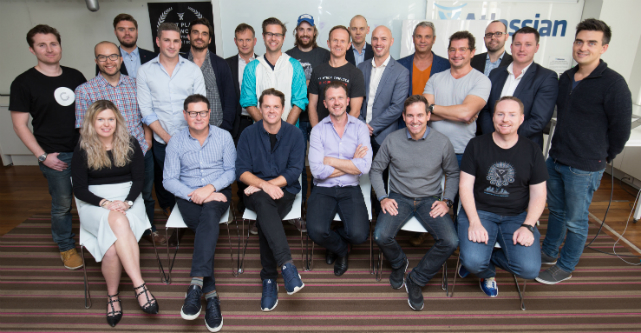 Some of the biggest names in the Australia startup community have united to form a new not-for-profit group aiming to transform Sydney into “Australia’s Silicon Valley”.

With the support of tech giants including Atlassian, Airtree Ventures, Airbnb and Canva, TechSydney will set out to address the fragmented local ecosystem and promote Sydney startups on the world stage.

Recognising that there was no one organisation focusing on the Sydney startup sector, serial entrepreneur Dean McEvoy set out to bring the big players together, founding the group along with Mick Liubinskas, Kim Heras, Riley Batchelor and Gen George.

McEvoy, who will serve as CEO of the group, says TechSydney will have three main focus points:

TechSydney aims to be the central focal point for all Sydney startups and act as a “link” between the community, government and larger tech companies.

“Recent moves from all levels of government to support our startup sector have been heartening, but we can’t rely on them to carry it forward,” McEvoy says.

“By working together, we will drive the initiatives that will turn Sydney into a world-class, top 10 hub for technology companies.”

Despite a main focus point of “bringing more women into startups and tech”, the initial 100 supporters and members of the group features only seven women. One of the five founders is a woman – OneShift founder Gen George.

The group is now taking applications for the other 100 members.

According to Airtree Ventures managing partner Craig Blair, having a representative body will play a crucial role in capitalising on Sydney’s startup potential.

“The Sydney technology scene has come a long way over the last 15 years but it still has a long way to go,” Blair says.

“A dedicated body to organise and promote Sydney as a technology hub is a must if we are to compete on the global stage.”

Sydney’s startup sector is currently fragmented and needs to be brought together to compete with the world, George says.

“The Sydney startup community knows if we want to have a fighting chance of being in the top 10 globally we need to connect all the stakeholders from universities, incubators, investors, startups, small businesses and corporates to truly drive this from the ground up,” she says.

“Through an inclusive approach, TechSydney has brought together the community to understand our biggest challenges as an ecosystem.”

For 25Fifteen founding partner Kim Heras, TechSydney is a historic moment for the sector.

“I’ve been involved in helping to grow the startup community for over 10 years and never have I seen such concerted effort to create a world-class ecosystem in Sydney,” Heras says.

“For the first time there is a common understanding of that threat with every part of the Sydney tech industry committed to doing something about it – starting with the creation of TechSydney.”

Although the creation of a group focused entirely on Sydney is likely to rekindle local rivalries, Startup Victoria co-founder and CEO Scott Handsaker has voiced his support of the group, saying “founders build the best ecosystems”.

Congrats to those behind @techsydneyau for committing to your city. Founders build the best ecosystems.#startupvic #startupaus