Bitcoin may be reaching new heights, but the ASX shows how the blockchain is reinventing business 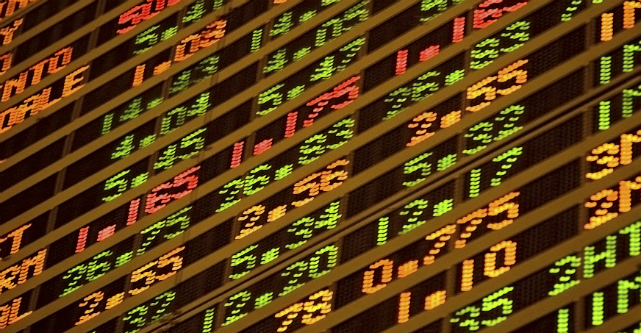 Bitcoin may be the most famous example of a blockchain in use, but it is actually a rather unimaginative way to use it.

The blockchain is finally starting to fulfil its promise as a game-changing technology, a kind of infrastructure for record-keeping. To facilitate movement of value (such as money) and changes in ownership (shares, for example), and even to manage online identities.

The Australian Stock Exchange (ASX) has announced that it will use a blockchain-based system to record who owns shares of listed companies, and to keep track of transactions and settlements when people buy and sell shares.

The move comes as the price of Bitcoin has risen more than US$14,000 in the past year. Yet Bitcoin does not really exploit the new databases and record-keeping infrastructure that blockchain technology makes possible.

The blockchain is also called a “public” or “distributed” ledger. Think of a spreadsheet that is publicly available to view, and simultaneously held on numerous computers. When someone transfers a Bitcoin, it is verified by the system, encrypted, and a new line (or “block”) is added to the spreadsheet.

The ASX’s blockchain will replace the ASX’s CHESS (Clearing House Electronic Sub-registry System) system. Currently, the ASX requires each trade to be verified against the ASX’s centralised database of ownership records and reconciled with payments.

So while trades take place in fractions of a second, the actual clearance (making sure who owns what) and settlement (the transfer of money and shares) is cumbersome, slow, expensive, and prone to human error.

The ASX’s blockchain will greatly simplify this process. Instead of having to reconcile trades against a centralised database, the verification of ownership and settling of accounts can be done directly between participants (as is done with Bitcoin trades). This is much simpler, faster and more secure.

The fact that the ASX’s blockchain announcement made headlines around the world shows what a big leap forward this is.

The ASX’s blockchain will streamline the settlement process, improving productivity and therefore reducing costs in the Australian stock market. This means that our financial markets will work better, offering an immediate benefit to Australia’s economy.

Exchanges are also a global business, and the adoption of blockchain technology in Australia’s major exchange means that it has a competitive edge over other exchanges.

Companies choose where to list, based on a variety of factors including the quality of the exchange technology. More business for the ASX will translate into more local jobs.

One potential downside of the ASX adopting the blockchain, however, is that some workers who currently process settlements on the ASX may lose their jobs. Some financial companies that currently benefit from the slow settlement process, such as brokerage firms, will also lose out.

But the ASX’s move is just scratching the surface of what blockchain technology can do to the Australian financial sector.

The same argument that applies to the ASX — that the blockchain is more efficient and productive than existing record-keeping and transaction processes — can also be extended to other exchanges, such as bond markets.

In other words, the ASX’s blockchain is just the beginning of a technological transformation of Australia’s financial markets.

Blockchains will also make these exchanges more attractive to build services on, such as for managing wealth. This is a further benefit for consumers and the broader finance industry, not purely from lower prices also from the possibility of new products and services.

But how is any of this even possible in the first place? Part of the credit must go to Australian regulators. They created the environment for this huge shift in technological practice.

Australia is now leading the adoption of the blockchain, despite it being a US-built technology. It is similar to how African telecommunications companies are leading the way in mobile payments, even though Finland created modern mobile phones with companies like Nokia.

Even if you’re not excited about new technology in the Australian finance industry, its global competitiveness, or even our regulatory agility, the ASX announcement is a harbinger of what adoption of blockchain technology will increasingly look like.