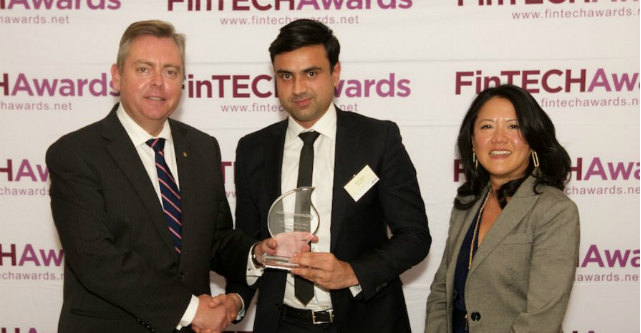 One of Brisbane’s up-and-coming cyber security startups has been chosen out of 200 applicants from around the world to participate in a leading Hong Kong accelerator.

SuperCharger Fintech Accelerator 2.0, a program sponsored by Standard Chartered Bank and Fidelity International, will take eight finalists including Brisbane-based Entersoft through a 12-week program commencing in 2017.

Entersoft, which took out the 2016 Australian Fintech award for best innovation in cyber security and anti-fraud, was founded by Mohan Gandhi and Paul Kang in 2014.

It is the only Australian company to make the cut for SuperCharger Fintech, and Kang says it will give them a kick-start in the Asian market.

“It gives us the opportunity to tap into countries like China, Indonesia, Singapore, Malaysia and so forth,” Kang tells StartupSmart.

With offices in Australia, Singapore and Bangalore, Kang and Gandhi are working to bring their services into a wide range of established companies and startups, especially fintech.

“We are keen to use this accelerator experience to help position cyber security as an integral part of what is expected to be major growth in the fintech industry in Asia,” Gandhi says.

Both founders come from military intelligence backgrounds and Kang says they have created a team of “ethical hackers” by recruiting and training young tech graduates to help companies identify and address threats to their systems.

“We’re taking them on when they’re young, they don’t have particular mindsets and we’re able to develop and train them the way we want,” he says.

By “ethical hackers” Kang means they won’t break into digital systems or access data without the permission of company owners.

Doing this allows Entersoft to identify and advise clients of their online vulnerabilities.

Instead of standard penetration testing, he says they approach cyber security from the mind of an attacker.

“We look at it from a tact perspective, the way the hackers think,” he says.

So far, EnterSoft reports it has nearly 300 clients from around the world and Kang says they’re working to become Australia’s leading application security firm within the next three to five years.

Also high on their radar, is government security.

Prime minister Malcolm Turnbull said the cost of cyber crime in Australia could be as high as $17 billion.

Keen to capitalise on this and tackle the rising threat of cyber security, Ghandi and Kang plan to reach more and new powerful clients.

“Hackers are able to exploit organisations through applications, that’s what we’re able to stop with an offensive approach,” he says.

“Everything that we do is ethical, we won’t approach things in a manner that is going to jeopardise our brand or organisation.”