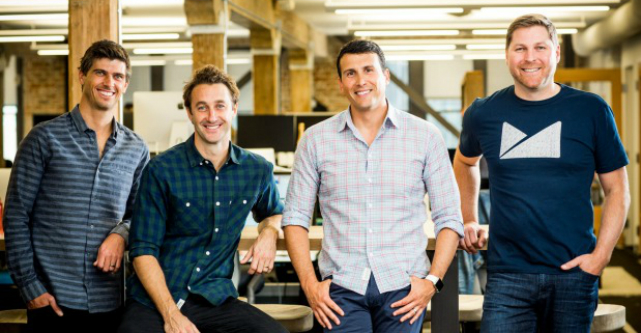 One of Australia’s biggest startup success stories is undergoing major management upheaval, with the chief executive officer of Campaign Monitor Alex Bard stepping down and co-founders Dave Greiner and Ben Richardson also recently stepping away from their day-to-day roles.

San Francisco-based Bard joined the email marketing startup in 2014, and is leaving the company to pursue a career at an undisclosed venture capital firm.

“After three amazing years working at Campaign Monitor, I’ve decided to step down as CEO to begin a new career chapter in venture capital,” Bard said in a statement provided to StartupSmart.

Co-founders Dave Greiner and Ben Richardson also stepped away from their daily roles at the company several months ago, and have  “transitioned their day-to-day responsibilities to our employees”, a spokesperson from Campaign Monitor confirmed.

Greiner and Richardson are still a “core part” of the Campaign Monitor team and will “continue to be involved in the direction of the company” as “active board directors”, the spokesperson confirmed.

“As parents with young kids, they’re taking the time they didn’t have when building Campaign Monitor over the past decade, to spend more time with their family,” the spokesperson said in a statement.

Since launching its email marketing and automation platform in 2004, Campaign Monitor has been likened to Atlassian and expanded to a team of 250 that serves more than 2 million customers at 200,000 businesses worldwide, including the likes of Adidas, Airbnb and Vice Media.

Campaign Monitor secured $US250 million ($266 million) in one of Australia’s largest startup investment deals back in 2014, the same year the startup was valued at $600 million in a deal between Insight Venture Partners and Accel Partners that saw Greiner and Richardson sell roughly half of their business.

Greiner and Richardson have since made it onto the BRW Rich List for the past three years with an estimated combined wealth of close to $600 million.

Bard will be replaced with Adam Berger, a “seasoned CEO with success in building and scaling companies”, at the end of the financial year on an interim basis, Bard said in a statement.

“Campaign Monitor is well positioned for continued growth, and I’m confident the company’s best days are ahead,” Bard said.