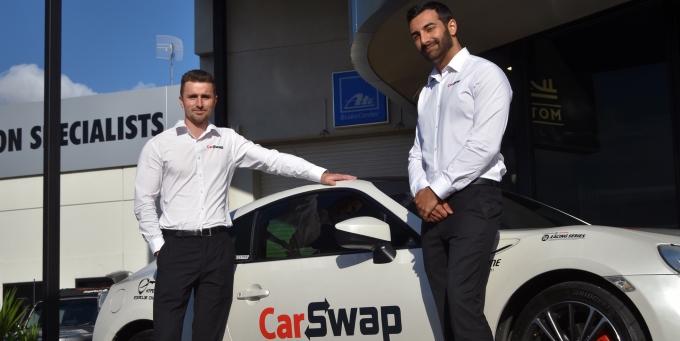 When it comes to buying a used car in Australia, other than parking it on the main road with a handwritten sign in the window, shoppers aren’t exactly flush with choice.

Most will either head down to the local dealership, or take to the internet, browsing through classifieds on Gumtree or eBay or, more likely, heading to somewhere such as Carsales.

But with the rise of a new Aussie startup out of Sydney, locals could soon be swiping left and right on cars they like through a Tinder-esque matchmaking app called CarSwap.

Launched in late-2016 by a team of four founders and self-professed ‘car people’, CarSwap was born out of the team’s frustration with the car buying-and-selling process, and the monopoly sites such as Carsales hold on the secondary automotive market in Australia.

Speaking to StartupSmart, CarSwap co-founder Cyrus Rafizadeh says one of the core aspects of the platform is enabling users to not only buy and sell cars, but swap them too.

“We all really disliked the process of changing cars, because if you wanted to get a new car sometimes you’d have to wait for weeks without a car in between selling your old one and buying a new one,” he says.

“Wouldn’t it be great if you could just trade your car with someone else if they have what you want and vice versa?”

Though a simple concept, a platform letting Aussies swap and trade cars didn’t exist at the time, with the only option being numerous different online car forums and message boards which Rafizadeh says was far from efficient.

Users on CarSwap upload ads much like any other online classified, but instead of scrolling through a list of ads, they swipe right and left on ads to indicate their interest or disinterest.

If it’s a ‘match’, the two users can enter into a conversation about either selling or swapping the two cars, which Rafizadeh says the platform has automated as much as possible.

“If you’ve got a car for sale for $30,000, and someone comes and lowballs you for $12,000, the system will automatically respond and say the offer is too low, and asks them to make a better offer,” he says.

“Then if they come back and offer $18,000, the system might say the offer is ‘getting closer’. In the future we want full auto-negotiation, approaching some sort of artificial intelligence.” 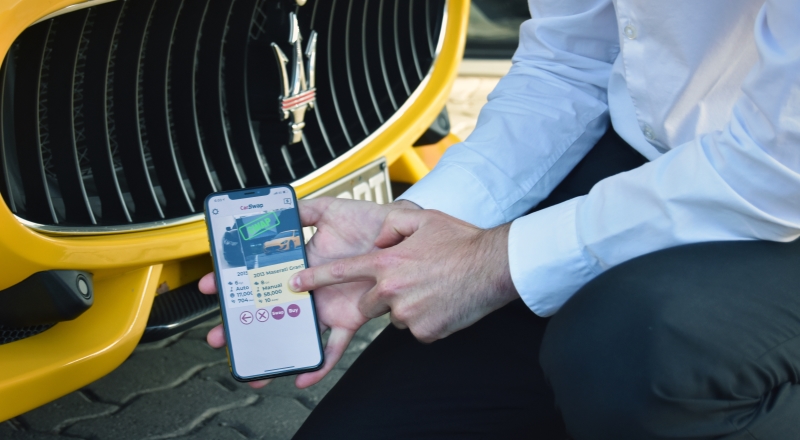 Right now, CarSwap is nearing its 100,000th user, with automotive listings growing exponentially month-on-month. Much of this growth can be directly attributed to the startup’s massive following on social media, with over one million fans across Facebook, Twitter and Instagram.

Rafizadeh says the company’s posts can sometimes pull in organic reach of over five million and describes the platform as regularly “going viral” through its liberal use of memes and engaging videos.

“Social media is the most critical marketing channel for us, because it’s perfect when your product is an app,” he says.

“It’s the shortest conversion funnel: if someone sees our post on Facebook they just have to tap and they’re in the app store.”

Taking the fight to CarSales

It’s safe to say the online-car-sales market in Australia is dominated by $2.8 billion ASX-listed company CarSales. In 2017, the company had over 4.7 million users, and more than 200,000 car listings, placing far above any competitor or alternative.

However, Rafizadeh and his team are adamant the marketplace giant is on its last legs, claiming the business’ market share in Australia has been declining since 2014 (though figures from CarSales’ annual reports do not reflect this).

He points to the site’s increasing user and dealer fees, which the CarSwap team believe will see the market leader shed users to new players if they continue to increase as they have.

“If you go to sell a $30,000 car you might pay $110 in listing fees, whereas in America every platform is free for its users. What they’re doing is against the principles of the classifieds industry.”

“You can’t just raise prices indefinitely and expect to keep your users.”

The rising costs for dealerships is one of the main areas Rafizadeh sees his platform gaining traction over CarSales, which currently charges dealers a monthly fee of $415, plus $48 per phone or email inquiry for vehicles priced over $9,500. This includes enquiries where the buyer goes cold or stops responding.

He attributes these costs as the reason Australia’s automotive retailing industry is languishing, calling the current classified platforms in Australia a “toll road, with users on one side and dealers on the other”.

CarSwap instead charges dealers just $1 per qualified offer they receive through the platform, with a base fee of $200 per month.

“Some dealers have told me their CarSales bill is higher than their physical rent, sometimes as much as $30,000 a month,” he says.

“Though CarSales is a great platform, they can be shortsighted when it comes to pricing models and innovation.”

Money in the bank

CarSwap has had two six-figure investment rounds, and is currently focused on rolling out the service in more states across Australia, as it’s currently only live in Victoria, South Australia and parts of New South Wales. The founders also say they’ll be looking for more significant and potentially strategic investors in the future.

Rafizadeh advises aspiring founders to find themselves a co-founding team who’ll be with them through thick and thin, saying they need to be “as committed as you, or even more committed”.

“You don’t want anyone who lets you down. You need people who can solve what needs to be solved,” he says.

“Starting a new business is harder than you can ever imagine, so you probably need to be a bit stubborn too.”