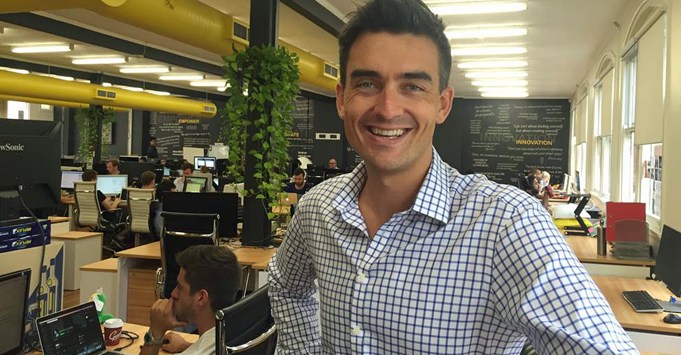 The national government has proposed measures to make it easier for startups and small businesses to offer employee share schemes, while also increasing the value limit of financial products available to employees from $5,000 each year to $10,000.

A joint release from Treasurer Josh Frydenberg and Minister for Small and Family Business Michaelia Cash calls the current regulatory framework guiding employee share schemes “too complex and fragmented”, adding it discourages businesses from running them.

To simplify the scheme, the government is proposing doubling the value limit of eligible financial products, while introducing the ability for employees to purchase additional products, if they wish.

Under the proposed rules, startups and small businesses would also be able to offer employee share schemes without publicly disclosing commercially sensitive information, although the logistical details are unclear, and there may be restrictions.

The proposed changes follow reforms in 2015, which introduced a tax concession for employee shares schemes for startups.

Speaking to StartupSmart, StartupAus chief executive Alex McCauley says there’s a balance to be struck for startups, between “wanting to give employees part of their business and wanting to protect investors”.

However, “it’s a different type of investment if you’re working in the company every day”, he says.

For employees, the kinds of disclosures required are likely different to those required by “arms-length investors”, he adds.

McCauley is wholeheartedly supportive of the potential changes, saying this has been on StartupAus’s list of proposed reforms for some time. However, he also cautions this is just the start of a consultation process.

Startups should not “get their hopes up that this will be happening any time soon”, he says.

There will likely be a consultation paper, then an initial draft of the new legislation, available for comment. There is also likely a limited number of parliamentary sitting weeks left before the election, McCauley points out.

“There’s a question about whether this can happen before the election,” McCauley says.

However, the process provides an opportunity “to feed in ideas about how we make it overall a world-class regime for employee ownership”, he says.

“As we get more companies into that scale-up phase, when they’re really starting to grow fast … lots of companies are looking to take advantage of a share scheme, so it’s important that we get it right for those guys,” he adds.

“It’s a positive thing that we’ve got a conversation started.”

Employee ownership is a tried-and-tested model that’s grown in popularity across the globe, McCauley says.

“Any increased abilities to do that make Australian startups more competitive,” he says.

Recent research from specialist startup recruitment firm Halcyon Knights found 60% of 2,000 tech professionals surveyed were taking home salaries of $110,000 or more — a rate out of reach for some early-stage startups.

However, the report also suggested employees aren’t only in it for the cash. When asked what would encourage them to move to a new company, while 70% put financial incentives in their top five, it was rarely the top answer.

Employees were more interested in things such as flexibility, career progression, leadership and — crucially — culture.

“Our research shows anything that can help employers and employees align to deliver excellence in a single pursuit is a really positive thing,” says Halcyon Knights co-founder Lincoln Benbow.

Employee share schemes suggest a startup is willing to give back to its team, and it believes strongly in what it is doing, Benbow says, and these are attractive to potential candidates.

“Internally, these schemes can and do have a range of impacts on culture, strengthening buy-in and engagement, lifting productivity and morale,” he adds.

That said, while a share scheme could boost the attractiveness of working for a startup, it’s not a golden ticket for getting the best talent in the door. More is needed to make a startup more appealing than any other company.

“Good leadership, culture, personal development, flexibility and a progressive mindset that feed into a holistic employer value proposition is probably the way to go,” Benbow says.

“The data we have shows an employer offering that is the sum of all parts works better than those that have one standout feature — especially when that feature is financial.”

Equally, when trying to get talent into Australian startups, the proposed changes to employee share schemes do not address the challenge of encouraging prospective tech employees from overseas.

In April last year, the government announced it was axing the 457 visa, causing concern among the startup community innovation in Australia would suffer as a result.

The government later introduced its Entrepreneur Visa, which did little to repair the damage, receiving only one application in its first 12 months.

Finally, the new Global Talent Scheme saw a trial visa introduced, aimed at the startup scene. However, although it was due to launch on July 1 this year, this has been plagued by delays.