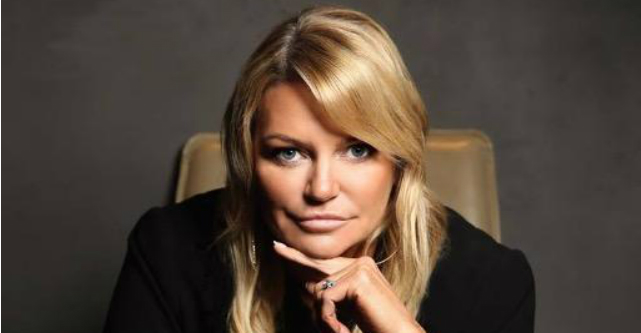 The City of Sydney has room for improvement as an environment for female entrepreneurs, with female founders underrepresented and crying out for capital, according to research released today.

The Dell research, released at the Dell Women’s Entrepreneur Network (DWEN) Summit in Toronto, compared cities’ abilities to foster female entrepreneurs and offered a ‘blueprint’ of suggestions for improvement.

Building on six years’ worth of data, Dell ranked 50 cities for their friendliness towards female entrepreneurs.

The two Australian cities on the list, Sydney and Melbourne, ranked 11th and 17th, respectively, and Sydney — which has slipped from its 8th-place position in 2016 — was one of 10 locations selected for further analysis, and for a blueprint action plan.

According to the report, Sydney has built a strong culture for female entrepreneurs, in that it has several major business associations run by women; a strong entrepreneurial network; women in parliament; and organisations specifically for women.

It also noted ‘recent positive developments’ in the city, including $80,000 in grants towards female-focused tech startups; almost 25% representation on board positions in the ASX200; and investment in business and entrepreneur education programs.

This means there is not only a growing pool of educated business women in the city, there are also a “local talent pool from which female entrepreneurs can recruit qualified personnel”, the report said.

However, Sydney scored poorly in terms of its venture capital funding statistics, with a low percentage of deals, and even less value, going to female-led startups. There’s also a low number of female founders in second-round funding, or higher.

On the VC side, the picture isn’t much better, with few VC firms boasting more than 20% female partners, and even fewer that are founded by women.

The key recommendations from the Dell report focus on four aspects: culture, technology, talent and capital.

The city should implement further policies to improve female entrepreneurs’ work-life balance, and encourage women to take advantage of those policies, it said.

Finally, giving women more access to capital in Sydney would encourage others to pursue entrepreneurship as a career, the report said.

Speaking to StartupSmart, Fi Bendall, founder and chief executive of The Female Social Network, said it’s this final point of access to capital that’s the most pertinent.

This is not just a Sydney problem, or an Australia problem, she says. In fact, the Dell research suggests that in 2017, only 2% of venture funding globally went to female founders.

Bendall is currently attending the DWEN conference in Toronto, where she says the message is clear.

“The clear, loud request out of the women in the room is [they] need access to finance, and they are struggling to find it,” she says.

A lack of capital and a lack of education on how to run a business are the “two biggest problems we’re facing,” she says.

And, while there are a lot of well-meaning initiatives and accelerators in the market, Bendall believes they’re only part of the answer in addressing these issues.

In Australia, it’s partly down to cultural differences, Bendall says. Startups in Australia are “begging for $50,000 to $100,000”, while they should be able to present their business, say they need $30 million, “and not be afraid of asking for that,” she says.

While some of the startup accelerator programs are “amazing,” Bendall says, “the scale is just not enough to fuel successful businesses”.

Ultimately, while the mentoring and development offered by accelerators can help a startup get on its feet, they need to also inspire entrepreneurs to go out and pitch for investment, Bendall says.

“I don’t want help with PR and legal advice, I want cash,” she says.

Even now, for the most part, whether a startup founder is seeking capital from a VC, a private equity firm or an investment bank, its “not a natural territory for women to walk in and ask for money,” Bendall says.

“They’re so full of suits,” she adds. “[They] should make themselves attractive to us, not the other way around.”

That said, if any of Dell’s recommendations were to come into effect, they “will go a way in helping,” Bendell says.

“Any dial we can shift is a dial in the positive,” she says.

Equally, she says any changes will instill confidence, which will make a further shift much easier.

“It’s a time for doing not for talking,” she says.

NOW READ: Why leading Australian VC firms are backing a sexual harassment code of conduct for the startup community