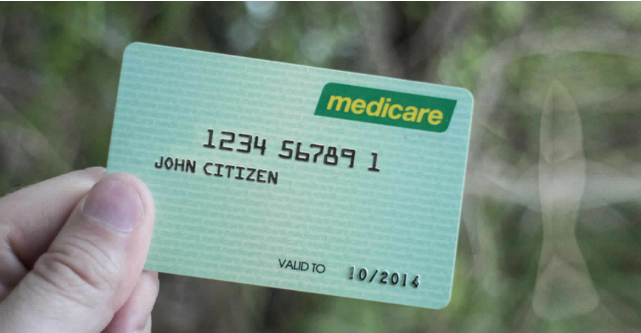 The Department of Health has called for beauty pageant entries in its massive Medicare payments systems replacement that will now remain within government ownership after an outsourcing bid was ditched during the 2016 federal election.

After Centrelink’s rebuild, it could be one of the biggest and most risky IT projects of the last 30 years.

Documents released to the market on Tuesday vividly reveal the full horror of complexity contained within current systems now underpinning Medicare, the Pharmaceutical Benefits Scheme, aged care and veterans payments worth north of $50 billion a year.

“The current IT systems supporting health and aged care payments are a complex web, which have evolved over 30 years,” the documents say.

“The Medicare systems alone comprise over 200 applications and 90 databases, many of which are [ageing] and based on obsolete technology.”

Health and the Coalition government had initially been hoping to get vendors to build a new health payments calculator externally that could be contracted in by the government, but nuked the venture for an in-house build amid the snowballing “MediScare” campaign that characterised the systems replacements as a sell-off of Medicare itself.

A significant feature of the looming Medicare overhaul is that the Digital Transformation Agency has been explicitly dealt into the rebuild that Health says will be completed in multiple phases over the next several years.

To get the project – dubbed the Modernising Health and Aged Care Payments Services Program – running a “cross-government team has been established to manage the Program” that includes the DTA, Human Services and Department of Veterans’ Affairs has been set up.

Notably, the documents released by Health specifically eschew any contracting out of the grand new build, the cost of which is still largely unknown but could run into the billions.

“For the avoidance of doubt, the government is not seeking proposals for outsourcing,” the documents say.

They add that Health is “seeking to understand the different approaches that may be taken, and encourages all ideas and concepts to be put forward by respondents.”

Put more simply, that means that anything except outsourcing is now on the table to replace a systems hairball that has deeply frustrated policymakers, health professionals and the public since the last term of the Howard government.

The commitment to an in-house build, coupled with Centrelink’s even bigger multibillion dollar Welfare Payments Infrastructure Transformation (WPIT) is likely to place substantial pressure on a relatively narrow IT skills market at a time when banks are competing hard for similar talent.

Against that backdrop, Health is also starting to run out of runway to keep its old systems alive as support wanes and a generation of legacy mainframe programming skills retires from the workforce.

“The systems are no longer fit for purpose. They are unable to support the level of flexibility and service innovation that users – individuals and providers – and the government expect,” the documents say.

While Health is officially running the procurement, in reality most of its transactional systems are housed and managed within the Department of Human Services’ broader technology estate.

A major challenge is that many of Medicare’s systems are highly customised from beginning to end.

“Across the variety of health and aged care services there are several bespoke entry points and processes to support the entry of different claim types under different business rules,” the documents say.

“Both the consumer and provider web experiences are bespoke applications, built, hosted and managed by DHS with different authentication processes for consumers and providers.”

To make all that work, Medicare and friends has assembled a giant patchwork quilt of custom connectors that lets it talk to systems in the outside world.

Changes to those connectors, also run out of DHS, could have a major impact on external stakeholders.

“There are around 400 adapters currently in use by third party software companies. Changes to these adapters would require health providers to update their software,” the documents say.

If you have ever wondered why e-health is so hard, this is the place to look.

Despite going to the heart of how Medicare payments are calculated, a high profile exclusion from the Digital Payments Platform build is payment processing itself – that is the sending of money from Medicare to a financial institution for deposit into a claimant’s account.

“The Commonwealth will continue to conduct the business processing of payments using the Solution, including providing any face-to-face or call centre support that may be required, discretionary decision-making, and shaping of the business rules to implement the Programs and Payments. The Solution should enable or contribute to the streamlining and simplification of these business processes where appropriate,” the documents say.

One interpretation that can be drawn is that the Reserve Bank of Australia will continue to be the government’s in house transactional paymaster, despite previous policy dalliances of allowing in commercial banks in the same way that state governments now use the Big Four for transactional banking.

What’s expected to be clarified over coming months is what role the RBA instigated New Payments Platform could play in delivering welfare payments, a facility that will gradually come on line as Australian banks themselves cut over to the new ‘hub and spoke’ facility to replace the existing system of bilateral links.