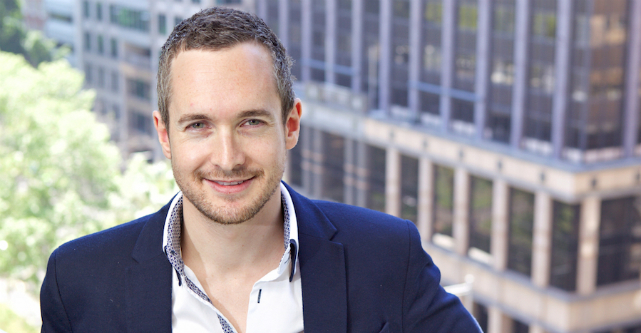 Digital payment platform zipMoney may still be ways off its goal of being “at every Australian checkout”, but a strategic partnership with billion-dollar e-commerce company Shopify is setting it on the right path.

The deal means users online shoppers who make a purchase through a Shopify-powered checkout will have the option to pay via zipMoney, which offers a range of digital payment services, including a “buy now pay later” offering.

Talks for a partnership got underway after Diamond reached out to Shopify last year, but Diamond says it’s zipMoney’s existing ties to Australian businesses that made the partnership possible in the first place.

“Shopify has been championing online retail solutions for small businesses, and the platform powers over 350,000 businesses globally,” Diamond says.

“We have a strong focus on small businesses in Australia, and Shopify has been looking at finding strong partnerships with these businesses.”

With a “proven track record” of dealing with Australian merchants, Diamond reached out and began discussions with Shopify, which he said went on for “about a year”.

“Shopify still acts and behaves with great agility and with a great startup culture. The company really understands the value payment choices brings to the checkout,” he says.

“We’ve been talking with them for about a year, and once we signed the partnership we announced it straight away.”

“We have seen the tremendous take up of alternative payments at the checkout as millennials and other customer segments seek better ways to pay. A partnership like this, provides enormous value to our merchants and their end consumers,” Suro said in a statement.

Diamond, who founded zipMoney with Peter Gray in 2013, says uptake of his ASX-listed platform is set to increase thanks to millennials eschewing credit cards. Credit card volume has been flat for the past few years, says Diamond, who believes “consumers are falling out of favour with credit cards”.

Dealing with Shopify through the partnership negotiations was mostly smooth sailing says Diamond, although some “education” was required.

“Products like ours have only been around for a few years so there was a bit of an education process,” Diamond says.

“We also had to educate Shopify on how we’re different to other global alternatives in the digital payments area. We showed them how our product worked compared to others, and how they all form part of Shopify’s payment strategy.”

zipMoney had recorded revenue of $11.2 million as of the end of March and the platform serves upwards of 1000 customers per day. In June last year zipMoney secured $20 million in funding, which it planned to use to “accelerate expansion plans”.

“It’s a turning point. With the significant sum of money we’re able to aggressively turbocharge our roll-out across Australia,” Diamond told StartupSmart at the time.

With a Shopify partnership now in the bag, Diamond has zipMoney’s sights set on even bigger partners.

“Our vision is to see zipMoney at Australian checkouts everywhere you shop, and we want to be on parity with MasterCard and Visa,” he says.

“That’s the big ambition for us, we want to be part of every dollar spent online and in store, and we’re very focused on that goal.”

I’ve used Shopify which is fantastic and I’ve looked at Zipmoney but found the application process cumbersome and unappealing. I would never use Zipmoney and especially not over Shopify. What is the benefit of Zipmoney? I could just apply for a credit card and use that. I can’t see any benefits of Zipmoney.