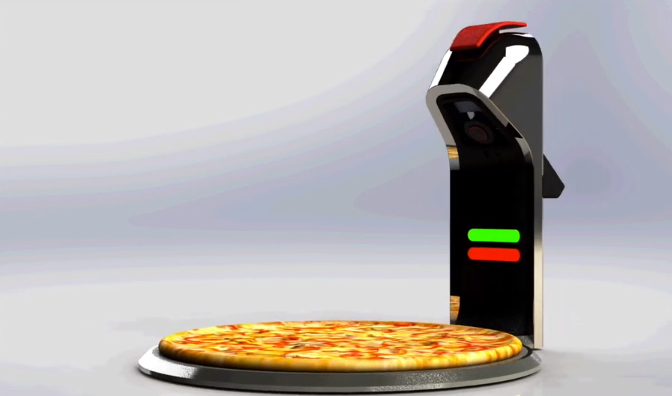 Dragontail develops its Algo software for the quick service restaurant (QSR) industry, with an aim to streamline all aspects of food preparation and dispatch. The company was founded in 2013 and listed on the Australian Securities Exchange at the end of last year, raising $6 million through an initial public offering.

Now, nearly 12 months down the track, the company has completed an oversubscribed placement of additional shares to its investors in order to raise another $8.8 million, which chief executive Ido Levanon tells StartupSmart will be used primarily for scaling up the business and further refining its products, saying the most of the company’s research and development is “behind us”.

Dragontail has recently unveiled its latest offering designed to work in conjunction with Algo — a quality assurance system that uses machine learning and smart cameras to ensure customers’ food arrives exactly as ordered.

“Algo is our flagship product, which is essentially an end-to-end optimisation solution for a restaurant from kitchen to dispatch. However, since developing Algo we’ve made another system called QT,” Levanon says.

QT operates by taking pictures of prepared food as it comes out of the oven, analysing what is in the meal, and comparing it to the order made by the customer. Currently, the system is optimised for pizza products, as Dragontail has partnerships with companies such as Pizza Hut and Boston Pizza.

Levanon says investors were very supportive of the additional raise, which was oversubscribed and ended “very quickly”. The chief executive says the team knew all along they were going to raise more than expected, given the company’s activity over the last few months.

“We knew we were going to raise more because things have been happening so much faster than we’d been expecting. We didn’t know we’d get into the Australian and Asian markets so quickly, that happened much faster than we expected,” he says.

“Now we want to take that advantage and forward momentum and scale Dragontail around the globe.”

“Further development and engagement” for both Algo and QT is what the company’s raise will be put into, says Levanon, who wants to keep introducing new features for both pieces of software. The $8.8 million raise won’t be used for promotion or marketing either, as the company’s deals with big names like Pizza Hut is its own marketing, says Levanon.

“Since our success with Pizza Hut in Canada we’re being approached by the large QSR players more than we approach them,” he says.

Scaling from an operations point of view will take some of the capital, with the company only recently establishing its Melbourne headquarters. It launched a Singapore office just three months ago.

Levanon is tight-lipped on future partnerships or capital raises, but claims “some great things” will soon come about for Dragontail to validate the company’s tech “even further”.

“We could have raised more but we decided not to, knowing that in the very near future our tech will be validated and endorsed even more by key customers,” he says.

“I feel like we’ll be in a different place as a company in the next few months, and I don’t think this is the last time we’ll raise funds.”