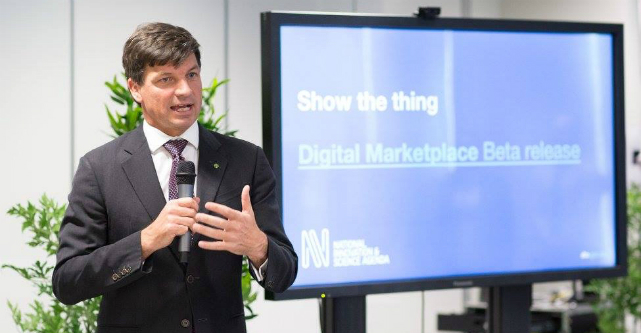 The next step for the Digital Transformation Agency will be to review all major ICT projects as part of its oversight of the $6.2 billion whole-of-government ICT spend.

Assistant Minister for Digital Transformation Angus Taylor announced the review on Friday declaring it will “provide unprecedented visibility and centralised management of IT projects.”

Details are thin. The review will be an internal exercise, conducted by DTA’s newly created Digital Investment Management Office headed by Andrew Woolf, the former assistant secretary at the Department of Finance prior to the machinery of government change in October last year.

The scope is any project valued over $10 million or provides a service affecting a significant number of Australians — so about as broad as it gets. Corporate entities like the NBN and Australia Post will be exempt.

The review will look for inefficiencies, mismanagement and duplication, opportunities through scale, and where skills support is most needed. The findings are likely to be embarrassing to those currently working on the projects, so there is no expectation they will be published when the review reports back to government in mid-2017.

“This review will give DTA genuine oversight, a view of what’s going on inside each major project in government and also a role in approving future investments and major procurement decisions,” Taylor told The Mandarin.

“DTA’s second role is a service delivery role. It can inject skills into projects … the combination of that oversight and the ability to work closely with agency that need support, is the model that will have the impact.”

The DTA has gone quiet over the last four months since it was gifted total control of ICT procurement, and Nerida O’Loughlin replaced Paul Shetler at the helm.

But it hasn’t stopped working behind the scenes with bodies like Centrelink, putting a team into the Department of Human Services to “do a very fast upgrade of the front-end of the DHS system”.

There are significantly more major ICT upgrades in the works now and more looming on the horizon. Taylor acknowledges that the skills sets for these projects are in relatively short supply, so a degree of central oversight and skill pull is necessary.

This isn’t about setting individuals, teams or projects up for sacking, Taylor clarifies. “You will always get hiccups in IT projects. You want to deal with them fast and effectively. That’s our benchmark.”

Putting a stop to friendly fire

It’s no secret that the DTA’s predecessor, the Digital Transformation Office, did not make many friends across government in its first year of operation.

Turf wars led to ministers declaring that some of the biggest and most transformational projects would never take orders from an office stacked with outsiders and virtually no experience in government.

Meanwhile smaller projects that most needed DTO’s skills support couldn’t get on the schedule.

Cabinet resolved that tension, at least officially, with the MoG-to-end-all-doubt, putting the DTA at the centre with overall policy and co-ordination control and accountability.

Taylor, however, doesn’t want the DTA to be defined as the ‘bad cop’. It will have control via its responsibility for project approvals, but he’s very interested in a new approach based on relationship building:

“That has been my role, and it’s made it possible to take this next step with the DTA … but ultimately we want every project to succeed.”

Taylor’s Robin Hood contracting pledge: $500 million from the big to the small

Part of the government’s agenda is greater support for smaller operators, especially those who haven’t been able to get in the door of supplying to government.

“We’ve said we want a 10 percentage-point increase in portion of government work that goes to smaller providers,” Taylor says.

“That’s a $500 million boost, which is huge, that’s double the size of the National Innovation and Science Agenda. Very big impact.”

Breaking up large projects and diversifying suppliers will also ease the government off its reliance on big providers, like IBM, SAP and Hewlett Packard Enterprise — all of which have been involved in messy projects (#CensusFail) and criticised deliverables of late.

Taylor says they’re on a mission to do that, but there’s still a critical role for big players:

“Big players can do somethings that small players can’t, but in order to be able to do that we need to be able to carve projects up into smaller pieces in a manageable way. We need to have more integration skills in government so we can put the pieces of the puzzle together when done by smaller providers.

“We are absolutely determined to do that, not just because it would be good to have a very vibrant smaller IT provider sector in Australia, but also because I think we would get better, more innovative outcomes by service providers who are fleet of foot.”