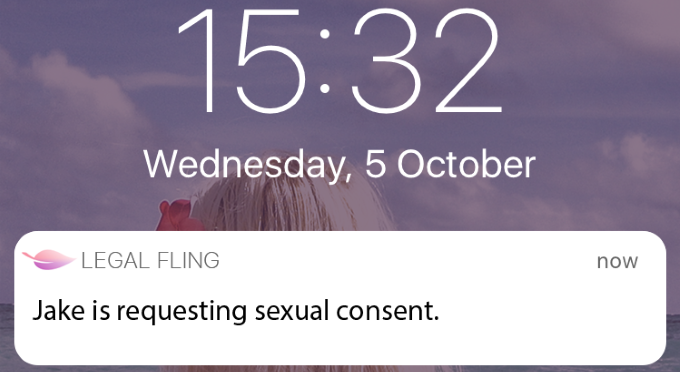 A screenshot from the LegalFling app concepts.

Australian startup figureheads have condemned a Dutch startup’s attempt to use of blockchain technology to ‘redefine’ sexual consent via smart contracts, labelling it “morally wrong” and saying it’s not what founders should be looking to use the tech for.

The app is called ‘LegalFling’ and claims to be “the first blockchain based app to verify explicit consent before having sex”. It uses contracts stored on the blockchain to let users specify consent, along with things like “explicit language” and use of protection.

The app claims the contracts are legally binding, and implements “penalty clauses” such as cease and desist letter for users found to be sharing things such as photos or videos to help users litigate offenses through court, although it states this is “hopefully” something users won’t need to do.

On the app’s website, a mock-up design shows a notification from the app stating “Jake is requesting sexual consent”. A plotline of popular tech-dystopia sci-fi show Black Mirror also features a similar app as a main feature in a recent episode.

The company also says it’s working on a way for users to “shout a quick notice for giving consent” to an “Alexa-like device”, begging the question why you couldn’t just say it to the other person in the room with you. 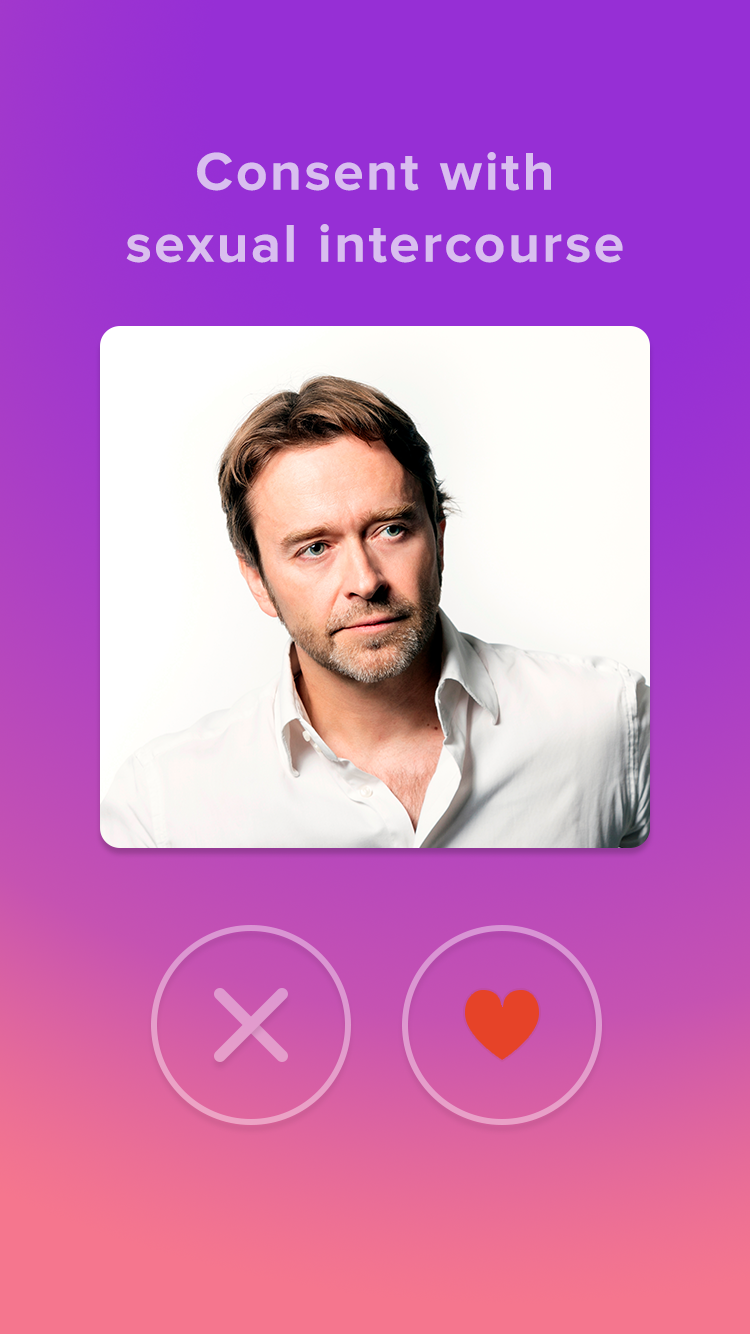 The app is being launched by Dutch legal startup LegalThings, which is headed up by three male founders and backed by an 87% male team according to its website. The startup is currently running a token sale for a cryptocurrency used through its contracts platform, and says it’s seeking interest and support for the LegalFling project and awaiting app store approval.

“Asking someone to sign a contract before having sex is a little uncomfortable. With LegalFling, a simple swipe to consent is enough to legally justify the fling,” LegalFling chief executive Rick Schmitz said in a statement.

However, support for the startup’s concept has been justifiably sparse, with lawyers and commentators alike criticising the app’s goal and execution and many saying it represents a flawed idea of sexual consent. Shine Lawyers solicitor Peter Coggins told news.com.au it was “possibly one of the most offensive things I have come across”.

“This does seem to me that at best, it’s technology being thrown at a problem before really understanding it properly, or at worst a founder who is looking to ride the wave of PR and try and gain notoriety,” Parker says.

“I really hope this founder has spent time properly understanding the problem, their customer base and more importantly understands the ethics of what they’re building.

“As an investor I couldn’t possibly support a startup in this space. It sounds morally wrong.”

On its website, LegalThing app claims it’s addressing some of the issues brought forward in the recent Hollywood anti-sexual assault and harassment campaign #metoo, along with recent laws from Sweden requiring explicit consent before sexual contact.

“Sex should not only be fun. It should also be safe for everyone. Asking someone to sign a contract before the fun starts is a little uncomfortable. A simple swipe is easy as 1,2,3,” the website claims.

Partner at Right Click Capital Benjamin Chong agrees with Parker, calling the app concept “seriously crazy” and questioning if sexual consent is something users would ever want on an immutable ledger like the blockchain.

“Whilst I think transparency in this area is generally a good thing, how does a tech platform capture the sentiment or action of something like someone saying ‘I love you?’” he says.

Chong likened the current hype around blockchain tech to the state of  fintech and artificial intelligence three or four years ago, drawing comparisons to the late 90s dot-com boom.

“I remember a couple of years ago if you said you were doing something with fintech and machine learning in it, bang, your valuation would instantly increase, even though no one knew what it was,” he says.

“I do think it’s a bubble when people are using it just to get people excited, much like things like e-commerce in the early dot-com era.”

He implores investors and founders to think critically about the use of blockchain technology when creating or assessing projects.

“You need to ask how does blockchain actually help in this situation? Sure the technology will be much bigger than it is now in however many years, but it doesn’t mean that everything we make necessarily has to have blockchain in it,” he says.

StartupSmart contacted LegalThings but did not receive a response prior to publication.