Why diversity is not just a buzzword 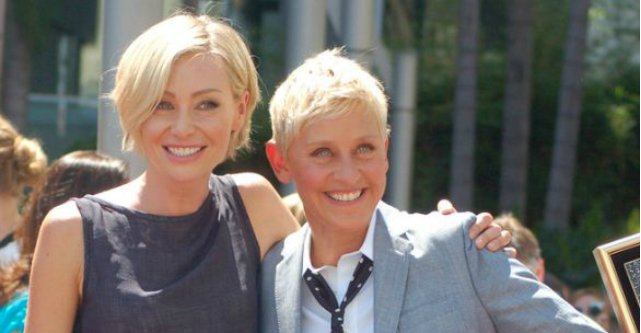 Three women made headlines [this week]: Each of them trailblazers, each in the spotlight talking openly about the shackles that could have stifled them.

None of these women attained power easily: Statistically they are the exception, not the rule.

They could have been outsiders but, instead, they’re on the inside and they’re seeking change.

Dr Anne Aly, the first Muslim woman elected to Australia’s parliament, Emma Husar, a Labor MP who endured 29 years of domestic violence and Ellen DeGeneres, an icon who has marked so many firsts as an openly gay woman on primetime television.

Aly delivered a rousing speech on the invisibility of women at the 2016 Emily’s List oration.

“Too often I am told I must be quiet, a delicate flower, grateful for the equalities and opportunities afforded me because I live in Australia and not Saudi Arabia,” Aly said.

“Too often I am told that I should be happy that I even have a place at the table.

Emma Husar spoke with intense emotion in parliament [uncovering] “the darkest corner” of her life on White Ribbon Day.

“Whilst the blows that landed on my mother during my childhood did not land on me physically, they might as well have,” she said.

“The trauma inflicted was the same – I recall it vividly – and in great detail.

“Each episode of this violence over my first 13 years was different, but the aftermath was always the same: Dad would apologise and promise to be different, and that would work for just a short time.”

On the other side of the world US President Barack Obama presented Ellen DeGeneres with a Medal of Freedom the highest civilian award given in the United States.

Both were visibly overcome as President Obama described the enormity of Ellen’s coming out.

“It’s easy to forget now, when we’ve come so far, where now marriage is equal under the law, just how much courage was required for Ellen to come out on the most public of stages almost 20 years ago,” he said.

“How important it was, not just to the LGBT community but to all of us, to see somebody so full of kindness and light, somebody we liked so much, somebody who could be our neighbour or our colleague or our sister, challenge our own assumptions, remind us that we have more in common than we realise, push our country in the direction of justice.

“And yet, today, every day, in every way, Ellen counters what too often divides us, with the countless things that bind us together, and inspires us to be better, one joke, one dance at a time.”

An emotional Ellen DeGeneres held back tears as she stood by @POTUS and received the #MedalofFreedom https://t.co/1GkowEbLcF pic.twitter.com/P5B0Tx6lYl

Three different women, on different paths, opening up the world.

These women remind us why diversity is so much more than a buzzword.

These women having an opportunity to speak with power and emotion – in the public eye – about their experiences is game-changing.

They have not heralded from the same place: There is – and was – no inevitability about their rise.

Each of them has a different story to tell and they are stories we are not accustomed to hearing.

Yesterday Dr Aly, Husar and DeGeneres had a moment in the spotlight and, separately, in different ways, they did the same thing with it: They didn’t retreat from the stuff that makes them different.

Dr Aly didn’t shy away from the need for feminism to be inclusive, for men to recognise the invisibility of the women around them.

Husar didn’t shy away from the brutal reality of domestic violence.

DeGeneres didn’t shy away from the pain – and joy – in having her personal plight recognised and rewarded.

They were authentic. They are living proof that the personal is always political.

“History is truly watching us, and we will be judged tomorrow for what we do today, so let’s find more women,” Dr Aly said.

“Let’s build a movement bigger than any of us have ever seen. Let’s disrupt, let’s destroy the joint and when we celebrate wins, let’s make sure all of us have something to celebrate.”

Today let’s celebrate three women who may not have been in the spotlight.

Three women who represent so many others who aren’t in the spotlight.

Three women who are being the change they want to see.

The change we want to see.