At a dramatic launch event on Friday evening, Elon Musk and his automotive company Tesla unveiled a new set of vehicle offerings, including what is reportedly the world’s fastest production-level car – the Tesla Roadster 2.0.

Following on from the initial Roadster, which was launched in 2008, the new and improved Roadster 2.0 builds on all the offerings of the original model and presents almost unbelievable specs.

Musk revealed also used the event to reveal the new Tesla Truck. Aimed at truck drivers and delivery workers, the vehicle boasts similarly impressive specs, able to drive 805km in range and hit 100kph in 10 seconds, or 20 seconds when pulling a max load.

“I can drive this thing and I have no idea how to drive a semi,” Musk said at the event, reports Gizmodo.

The interior of the truck’s cab features one single seat in the middle, with Model 3-esque giant screens adorning each side. The glass used in the truck is also “thermonuclear explosion-proof”, according to Musk.

Production of the Tesla Truck will begin in 2019, and keen punters can reserve a vehicle for an initial fee of $US5000. 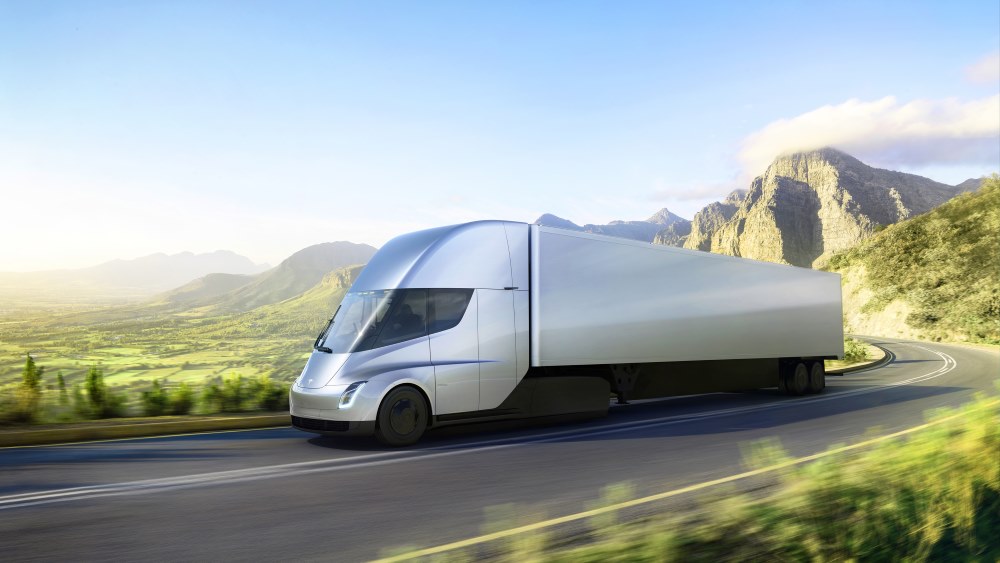