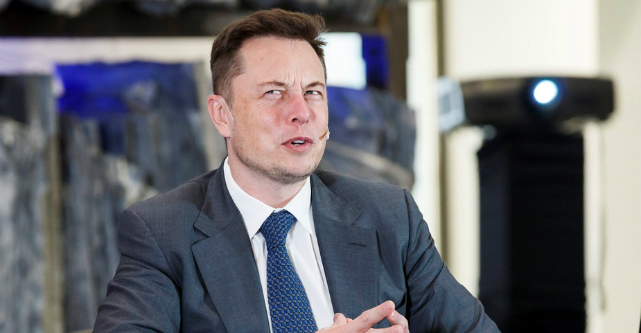 I regret to inform you Elon Musk is at it again.

Not satisfied with selling 50,000 hats (and making over $1.2 million while doing it), Tesla/SpaceX founder Elon Musk has begun selling literal flamethrowers through the website for his drilling/tunnel-making venture, The Boring Company.

The reasoning behind Musk selling small-scale armaments online stems from a joke tweet he made after the company’s hats sold out, saying simply “Hats sold out, flamethrowers soon!”. However, staying on-brand, Musk actually went ahead with it, the absolute madman.

Accompanying the announcement was a number of Instagram posts from Musk, showing him menacingly chasing around a Boring Company cameraman, with the caption “I want to be clear that a flamethrower is a super terrible idea”.

“Definitely don’t buy one. Unless you like fun,” he said.

Don’t do this. Also, I want to be clear that a flamethrower is a super terrible idea. Definitely don’t buy one. Unless you like fun.

Branded with the company’s name and logo, you can pre-order a flamethrower for just US$500 ($616) from the company’s website. However, a series of tongue-in-cheek warnings on the website warn shoppers about the risks of purchasing a literal weapon, and also touches on potential taxes and custom fees.

It is illegal to own or import flamethrowers in Australia.

You’d need millions of zombies for a so-called “apocalypse” anyway. Where would I even get a factory big enough to make so many!?

With over 4,000 flamethrowers sold, that equates to approximately $2.4 million raised. The webpage also offers a $30 fire extinguisher for sale, though Musk has not made any indication of the number of those sold.

Musk has suggested freezeguns and literal dirt as the next hot product sold through the Boring Company’s website.

Musks 20B won’t be 1/2 enough to cover the lawyerbilities.